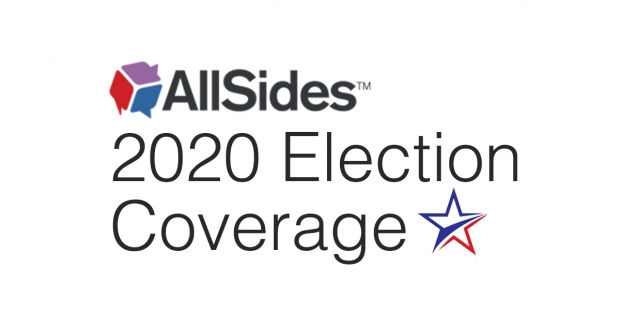 Many media outlets, such as CBS, The Hill, and Reuters, have been referring to projected 2020 presidential election winner Joe Biden as the "President-elect," and Kamala Harris "Vice President-elect." Some, such as Voice of America, are calling Biden the "projected winner." Others including the Washington Examiner are referring to Biden as "presumptive president-elect" or "apparent president-elect." And still others, such as Newsmax and The Epoch Times, are not using any qualifiers, as a result of not being willing to call the election until all legal challenges are resolved.

As with many phraseologies, this is another polarizing issue, as the AllSides team discovered when we sat down with our multi-partisan Editorial Team, which contains people from the left, right, and center, to discuss what phrase we should use in our Headline Roundups.

This is not normally an issue, so why should it be now? Here is what is different this time:

In the interest of displaying perspectives across the spectrum, we think it’s important to spell out the arguments for and against each term. Here’s a quick summary of what was discussed at our meeting leading up to our own decision about the term we should use, and how different sides see things.

Arguments for Using the Term "President-elect"

What will AllSides do? After lengthy discussion with people from the left to right on our team who did not ultimately agree, we decided to do the following:

This was a tough decision, but ultimately we chose what we felt was the most accurate term. Merriam-Webster defines the term "president-elect" as "a person who has been elected president but who has not officially become president yet." The election is not yet fully concluded, so we are not describing Biden with this term yet.

It's important to note that our decision was not influenced by the terminology choices made by other media outlets, nor was it influenced by claims that the electoral process was manipulated to favor Biden.

What do you think? We’re running a poll on our Twitter page to see which term you think is better for the media to use. We want to hear your thoughts. You can also email us at feedback@allsides.com.

This piece was written and reviewed by the AllSides editorial team, which includes people from the left, right and center.