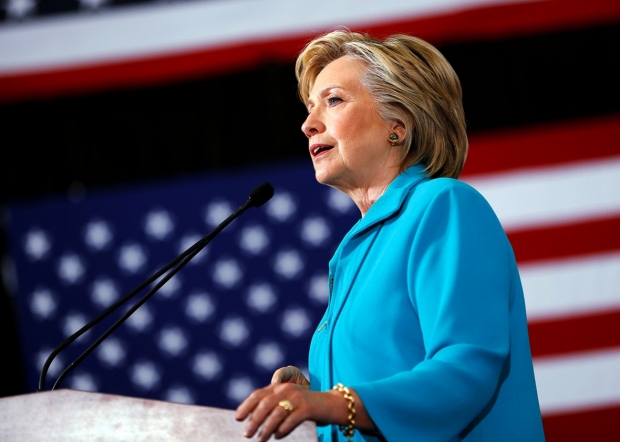 A few days ago, on the campaign trail, Hillary Clinton gave a speech describing the alt-right as an "emerging racist ideology” and linking it to Donald Trump's campaign. This is after Stephen Bannon, chairman of Breitbart News Network, was brought in to run the Trump campaign. Bannon has been quoted as saying that Breitbart is “the platform for the alt-right.” Until last week, most Americans hadn’t even heard the term alt-right. Is it truly a racist movement and does it really have a connection to Donald Trump? Or is Hillary Clinton trying to inflame racial tensions for her own political benefit. Let’s look at a few different viewpoints on the matter.
See other news featured by AllSides such as Facebook’s Biased Targeting, No Guns for Marijuana Users, Trump’s Immigration Speech and the latest AllSides News.
Snippets from the Right
Trump’s Alt-Right. Hillary’s Alt Left
Daily Caller
"Hillary Clinton has dubbed Trump and his supporters the ‘Alt-right.’  In layman’s terms, she means you are bigoted, racist, homophobic, xenophobic and a demagogue if you support Trump."
"The Alt-left is a group of people who have nothing to offer. They have no facts to support their opinion and their factual assessments are grossly out of context and disingenuous. This group will blame minority communities’ problems on the rest of the country. They will use shocking statistics pointing to the harsh realities these minorities face. But, when a candidate like Trump begins to share those same numbers and offer different solutions, they attack what was previously their own language as racist and dark."
Snippets from the Left
Trolls, true believers and Trump: Decoding the alt-right’s nihilistic revolution
Salon
"Broadly speaking, the alt-right is a big tent movement characterized by an intense disdain for liberalism, egalitarianism and feminism, and a shared affinity for white supremacy, nationalism and authoritarianism. There are various ideologies and groups that fall into the alt-right classification, but for practical purposes the movement can be divided into two categories. First there are the bona fide far-right extremists one could call the true believers: white supremacists, neo-Nazis, 'neoreactionaries' — who all genuinely believe that the white race is superior or that there is a conscious liberal plot to annihilate the white race and destroy Western Civilization (i.e. “white genocide”). Then there are the trolls, who loathe political correctness and feminism..."
Snippets from the Center
What You Need To Know About The Alt-Right Movement
NPR
“Last week, the GOP presidential nominee announced that Stephen Bannon, chairman of Breitbart News Network, which Bannon has called ‘the platform for the alt-right,’ would be his campaign's new chief executive.
‘By putting Brietbart front and center in his campaign,’ said Hemmer, ‘Trump has elevated the alt-right.’
But Hemmer suspects that Trump – and all but a small fraction of his supporters – do not pledge allegiance to the alt-right movement.
Yet, the movement has embraced Trump.”
Discover more on this topic on AllSides.
News, Republican Party, Hillary Clinton, Election: Presidential, Story Of The Week