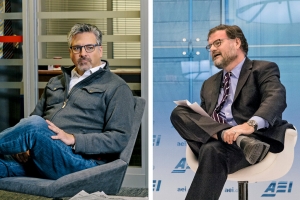 The trailer for Tucker Carlson’s special about the Jan. 6 mob at the Capitol landed online on Oct. 27, and that night Jonah Goldberg sent a text to his business partner, Stephen Hayes: “I’m tempted just to quit Fox over this.”

“I’m game,” Mr. Hayes replied. “Totally outrageous. It will lead to violence. Not sure how we can stay.”

Read full story
Some content from this outlet may be limited or behind a paywall.
See full media bias rating for New York Times (News)
From the Center
13271
Media Industry
Bret Baier confirms his 'concerns' about Tucker Carlson's Jan. 6 documentary
The Hill

Fox News anchor Bret Baier confirmed he has "concerns" about a documentary produced by the network's leading prime-time host, Tucker Carlson, that focuses on the Jan. 6 attack on the U.S. Capitol.

“I didn’t get hurt by it. I didn’t get damaged by it. Were you bothered by it? Because that’s the reporting," Brian Kilmeade, who is a co-host of the "Fox & Friends" morning program, asked Baier on Monday afternoon during an appearance on Kilmeade's radio show. 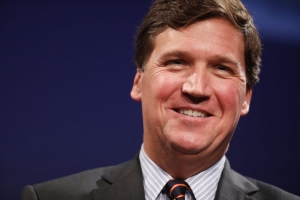 Two longtime never-Trumpers say they quit their gigs as contributors to Fox News because of Tucker Carlson’s recent content about the riot at the U.S. Capitol on January 6.

On Sunday, the Steve Hayes and Jonah Goldberg announced their resignations from Fox, where they have worked since 2009. They said in a joint statement that Carlson’s recent “Patriot Purge” special, which aired earlier this month on the network’s streaming service, portrayed the January 6 riot as a deep state “false flag” operation that sought to justify the subsequent persecution of conservatives.