On Monday, Rep. Nancy Mace (R-S.C.) introduced a bill that would federally decriminalize marijuana. The proposal, titled the States Reform Act, would remove marijuana from the Controlled Substances Act, but would allow states to decide how to regulate the drug.

It would also establish a 3% federal marijuana tax to help “fund law enforcement, small businesses and veterans mental health initiatives." A November 2020 poll from Gallup (Center bias) found that 68% of Americans back legalizing marijuana, with support from half of Republicans and 83% of Democrats. 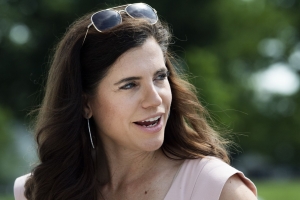 Details: The Republican-backed bill, called the States Reform Act, would remove marijuana from the Controlled Substances Act while deferring to states on matters of regulation.

The legislation would implement a 3% federal tax on cannabis products to "fund law enforcement, small business, and veterans mental health initiatives," according to a news release.

The measure would also release and expunge people convicted of "nonviolent, cannabis-only related offenses" at the federal level. The... 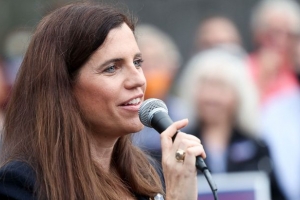 The bill, titled the States Reform Act, would strike marijuana from the Controlled Substances Act while still allowing states to regulate the drug as they see fit, a news release touting the legislation said. It would establish a 3% federal marijuana tax which would help “fund law enforcement, small businesses and veterans mental health initiatives.”

“Every state is different. Cannabis reform at the federal level must take all of this into account,” Mace said in a press conference Monday.... 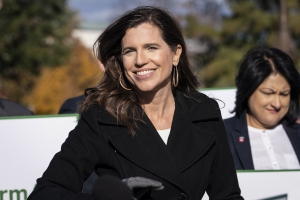 Rep. Nancy Mace, a first-term Republican from South Carolina, introduced a bill Monday to decriminalize cannabis at the federal level, which she hopes will garner more GOP support for the legalization movement.

"This legislation, I believe, has something good for everyone, whether you're a Democrat or a Republican," Mace told reporters outside the Capitol, where she introduced her States Reform Act.

Even though it is legal in 18 states, with medical use permissible in 37 states, marijuana is illegal under federal law.

Mace's bill would strip cannabis of its classification as a Schedule I...