The Biden administration warned this week that a lapse in COVID-19 funds could threaten the distribution of monoclonal antibodies and future booster shots.

Last week, House Democrats cut the White House’s requested $15.6 billion in COVID-19 funds from a bipartisan spending bill to avert a government shutdown; Republicans had insisted the pandemic funds come from other programs, and some Democrats took issue with which programs were cut. Now, Democrats are grappling with how to approve those funds independently. Some Republicans have opposed additional funding, pointing to the 7% of American Rescue Plan funds yet to be allocated. The Biden administration has argued there were “sound governmental reasons” why those funds had not been distributed, including disaster preparedness. While 77.3% of Americans had received at least one COVID-19 vaccine does on Friday, rising cases in other countries have prompted fears of another coronavirus wave in the U.S. At its peak, the previous U.S. omicron wave saw over 900,000 daily new cases and over 3,500 daily deaths. 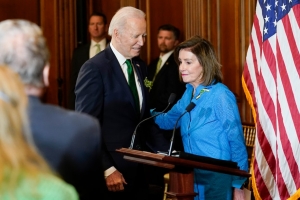 In recent weeks, mask mandates across the country have been dropped as covid case rates and hospitalizations have fallen with the waning of the omicron wave. Everyone hopes that even if the virus never completely disappears, it could become merely endemic and not the dominant reality of everyday life that it has been for two years.

Yet there are signs a new wave could be on its way, now that one is already hitting Europe. Should that happen, Democrats ought to know that they’ll get the blame.

Read full story
Some content from this outlet may be limited or behind a paywall.
See full media bias rating for Multiple Writers - Lean Left
From the Center
13320
Coronavirus
America Is Zooming Through the Pandemic Panic-Neglect Cycle
Ed Yong 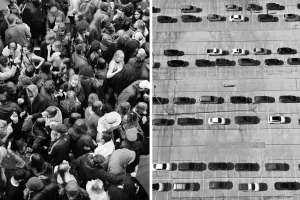 All epidemics trigger the same dispiriting cycle. First, panic: As new pathogens emerge, governments throw money, resources, and attention at the threat. Then, neglect: Once the danger dwindles, budgets shrink and memories fade. The world ends up where it started, forced to confront each new disease unprepared and therefore primed for panic. This Sisphyean sequence occurred in the United States after HIV, anthrax, SARS, Ebola, and Zika. It occurred in Republican administrations and Democratic ones. It occurs despite decades of warnings from public-health experts. It has been as inevitable as the...

Read full story
Some content from this outlet may be limited or behind a paywall.
See full media bias rating for Ed Yong
From the Right
13320
Coronavirus
There is no need for more COVID money
Washington Examiner

In the interest of providing much-needed aid to Ukraine, avoiding a government shutdown, and sending as much pork home to their home districts as possible, members of Congress acted on a bipartisan basis this month and passed an omnibus spending bill six months into the fiscal year.

As badly as they behaved in doing this, they at least had the good sense to purge from this 2,700-page monstrosity President Joe Biden's request for $22.5 billion (later $15.6 billion) in additional funds for COVID relief.

Under 60, healthy, vaccinated and boosted? ‘You’re in a pretty good place’ with Covid-19
CNN (Online News)