Russia Cracks Down on Free Speech, Facebook and Foreign Media

The new restrictions ban spreading “false information” about the Russian military and “discrediting” Russia’s use of military force in Ukraine, with penalties including up to 15 years in prison. Those restrictions appeared to “criminalize the process of independent journalism,” BBC Director-General Tim Davie said in a statement. BBC News (Center) was among several foreign news sites blocked in Russia; others included Voice of America (Center), Radio Free Europe/Radio Liberty (Not Rated) and German outlet Deutche Welle (Center). Regarding the Facebook ban, Russian communications regulator Roskomnadzor cited 26 purported examples of “discrimination” against Russian media outlets. In response, Meta global affairs president Nick Clegg warned that “millions of ordinary Russians” would be “silenced from speaking out.”

Coverage was widespread and prominently featured across the spectrum on Friday. Coverage on both sides was often openly critical of Russia’s actions. The story prompted several examples of sensationalism, including a headline calling the Russian law “draconian” in MarketWatch (Center) and a “PUTIN'S PURGE” homepage tagline in Fox News (Right). 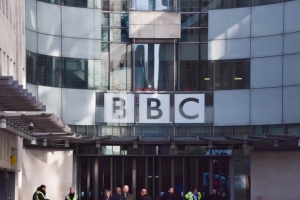 The BBC is resorting to broadcasting news bulletins over shortwave radio in Russia after the country blocked access to BBC websites, The Guardian reports. The BBC announced it was bringing back the WWII-era broadcasting technology in the region just hours before its sites were banned. News of the ban was also reported by Russian state news agency RIA.

Shortwave radio uses frequencies that carry over long distances and are accessible on portable sets. The BBC says its shortwave broadcasts will be available on frequencies of 15735 kHz from 4PM to 6PM and 5875 kHz... 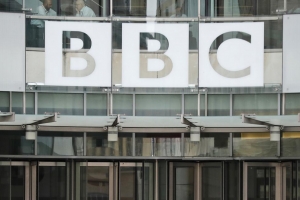 Russian President Vladimir Putin on Friday intensified a crackdown on media outlets and individuals who fail to hew to the Kremlin line on the war in Ukraine, blocking Facebook and Twitter and signing into law a bill that criminalizes the intentional spreading of what Moscow deems to be “fake” reports.

The moves against the social media giants follow blocks imposed on the BBC, the U.S. government-funded Voice of America and Radio Free Europe/Radio Liberty, German broadcaster Deutsche Welle and Latvia-based website Meduza. The government’s sweeping action against the foreign outlets... 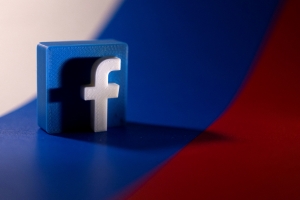 Asked about the agency’s decision during a press briefing on Friday, White House press secretary Jen Psaki said that the Biden administration is “deeply concerned” about Russia’s decision to cut off its citizens’ access to Facebook.