Alexei Navalny, the outspoken critic of Russian President Vladimir Putin and Russian opposition leader, was found guilty of fraud by a Russian court on Tuesday.

Navalny was sentenced to nine years in a maximum security facility; prosecutors were seeking a sentence of up to 13 years. Navalny is already serving a two-and-a-half year prison sentence after being arrested in February 2021 for violating probation terms. Prosecutors accused him of stealing over $4 million of donations given to his now-banned Anti-Corruption Foundation and other organizations. Navalny and many supporters dismiss the charges as politically motivated. He survived an assassination attempt in 2020 and blamed the Kremlin for the poisoning. After the verdict was handed down, he thanked supporters on Twitter, and said that the "best support for me and other political prisoners is not sympathy and kind words, but actions."

The news was covered similarly and prominently across the spectrum, with many highlighting reports that Navalny has been tortured in prison. 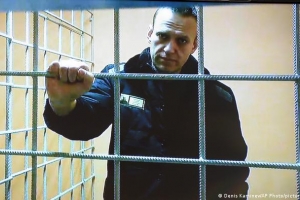 Longtime Kremlin critic Alexei Navalny has been found guilty of fraud and embezzlement charges, as well as contempt of court, according to a verdict handed down on Tuesday.

Navalny and his supporters have decried the charges as politically motivated. He is already serving a two-and-a-half year sentence at a prison camp east of Moscow for parole violations related to charges he says were trumped up... 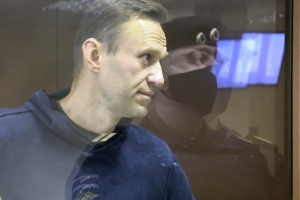 Navalny, who is already serving a two and a half year jail sentence for a theft case he claims is politically motivated, is now facing a 13-year prison sentence in a maximum security facility.

"Navalny committed fraud, i.e., the theft of someone else's property by deception," Judge Margarita Kotova said while announcing the verdict in a Moscow courtroom, according to Russian state media.

Navalny was convicted on allegations that he embezzled more than $4 million from his own nonprofit organization,...

Read full story
Some content from this outlet may be limited or behind a paywall.
See full media bias rating for Washington Examiner
From the Left
7963
Russia
Jailed Kremlin critic Alexey Navalny found guilty of fraud and sentenced to another nine years in prison
CNN (Online News) 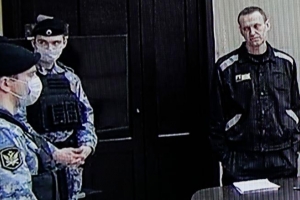 Russian opposition leader Alexey Navalny has been sentenced to nine years in a maximum-security jail, according to Russian state-owned news agency Tass.

A prominent Kremlin critic, Navalny was convicted on fraud charges by Moscow's Lefortovo court over allegations that he stole from his Anti-Corruption Foundation.

Navalny, 45, is currently serving a two-and-a-half-year sentence in a detention center east of the Russian capital after being arrested in February 2021 for violating probation terms, a verdict he said was politically motivated.

After Tuesday's sentence was announced Navalny wrote on Twitter: "9 years. Well, as the characters of my...