Voting rights have become a hot issue in D.C. and around the country, with Republican state lawmakers seeking to pass at least 253 “election integrity” bills in 43 states while Democrats in Congress try to pass “voting rights” bills nationally. One particular hotspot is Georgia, where Republicans are pushing dozens of “election integrity” bills in a state where narrow victories in 2020 gave Democrats control of the U.S. Senate. At the national level, President Joe Biden signed a “voting rights” executive order on Sunday, and Democrats in the House passed H.R. 1, a major election reform bill, on Wednesday. 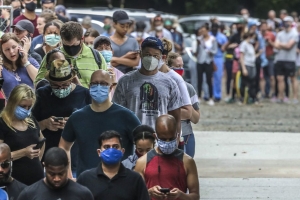 Election “reform” is churning at the Gold Dome, and Democrats fighting the blizzard of legislation say keeping track of the restrictive bills is like trying to guess the number of jelly beans in a jar.

The old segregation-era scheme of making Black voters guess the number of jelly beans before being allowed to cast a ballot came up in speeches as emotional lawmakers pushed back hard against efforts that would (among a lot of other things) severely limit ballot drop boxes, get rid of no-excuse absentee voting, demand more ID... 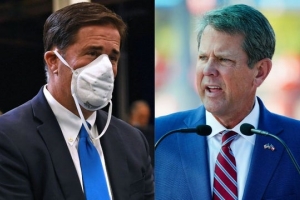 Citing the need to assure Americans that elections will no longer be “rigged” — despite the lack of evidence of widespread fraud in 2020 — Republican lawmakers in 43 states have introduced 253 bills to restrict ballot access. The greatest activity has been in battleground states, especially Arizona, Pennsylvania, and Georgia. Measures involve early voting, mail-in ballots, drop boxes, mobile voting facilities, and rules to disqualify ballots received after Election Day that cannot be overruled by the executive branch or the courts. They have the greatest potential impact on poor... 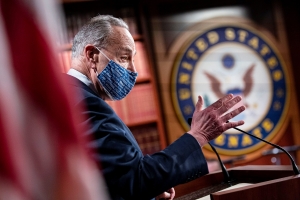 It’d be fitting if Democrats undertook a radical procedural step to pass a radical piece of legislation.

That’s what the Left is pressuring Senate Democrats to do by eliminating, or significantly curtailing, the filibuster to pass H.R. 1, the sweeping voting proposal that is one of the most execrable bills to pass the House in a very long time.

H.R. 1 would federalize the conduct of elections and codify what were supposed to be emergency voting procedures during the pandemic, in frankly partisan legislation sheathed in the rhetoric of “voting...