The original county vote totals showed Biden winning by 45,109 votes; the audit and hand recount reportedly found that Biden won by 45,469 votes. The audit was spurred by former President Donald Trump's claims that voter fraud and Democratic conspiracies tilted the election in Biden's favor. Arizona's state Senate hired Cyber Ninjas, a cybersecurity firm from Florida, to conduct the audit. A draft of the audit was obtained by journalists before it was presented to the state Senate on Friday. State Sen. Wendy Rogers (R) tweeted Thursday that the draft "is only a partial report" and that Friday's "hearing will render findings of great consequence." Maricopa County is the U.S.'s 4th-most populous county.

The news was covered prominently by major left- and center-rated sources Friday. Coverage from the left and center often criticized Trump and Arizona Republicans for continuing to claim the election was rigged against him. Few right-rated outlets offered original coverage of the news; some right-rated voices acknowledged that claims of a stolen election were false, but advocated for continued focus on voting integrity and election security. 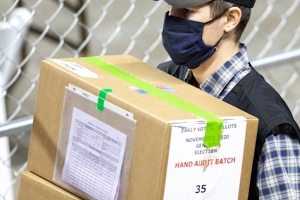 Former President Trump on Friday laid into the news media after a draft report of the 2020 election audit in Arizona reaffirmed President Biden’s victory in the state’s largest county and showed Trump with fewer votes than previously counted.

In a statement issued through his leadership PAC, Save America, the former president called the audit report, which is slated for release Friday afternoon, a political bombshell that “has uncovered significant and undeniable evidence of FRAUD.”

“Huge findings in Arizona! However, the Fake News Media is already trying to ‘call it’ again for Biden before... 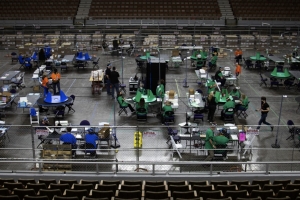 The county confirmed the conclusion on Twitter but did not release the text of the three-volume report, led by contractor Cyber Ninjas. Instead, it slammed the report as being “littered with errors & faulty conclusions” about how the election was conducted.

Not only did the draft report fail to show that the election was “stolen”... 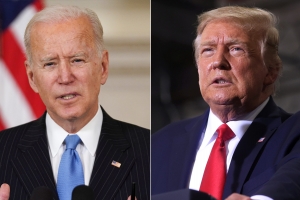 The hand recount of the 2020 Maricopa County, Ariz., election results found that President Biden defeated former president Trump in the county by a slightly larger margin than was recorded on Election Day.

While the county vote totals show Biden winning by 45,109 votes, the hand recount found that Biden won by 45,469, according to drafts of an audit viewed by the Arizona Republic. The audit was conducted by Cyber Ninjas and other subcontractors.

The results of the audit were set to be presented to the Arizona State Senate at 1 p.m. on Friday.