Fact-Checking Claims of Voter Fraud in the 2020 Election

Claims of voter fraud have been a constant theme around the 2020 presidential election, as President Donald Trump continues to claim the race was manipulated in favor of projected winner Joe Biden. Government cybersecurity officials released a statement Thursday calling the 2020 election "the most secure in American history."

Left- and center-rated fact-checks have focused almost exclusively on cases where voter fraud allegations turn out to be false; many of these sources frame claims of voter fraud as being purely conspiratorial and potentially harmful. Right-rated fact-checkers have concentrated more on concrete examples of voter fraud. Many right-rated voices remain adamant that real voter fraud is not being investigated enough by the media or authorities, but some concede that any potential fraud election fraud this year is highly unlikely to reverse the projected outcome.

Fact-Checking Claims of Voter Fraud in the 2020 Election

From the Right
14008
Facts and Fact Checking
U.S. Election Fraud is Real—And It Is Being Ignored
Guest Writer - Right 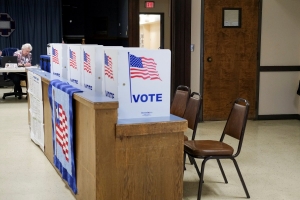 Mark Harris was riding high on Election Day in 2018. The Republican candidate for North Carolina’s 9th Congressional District had beaten his Democratic opponent in a very close race. Next stop: the U.S. House of Representatives.

Or so it seemed. Harris had won by 905 votes, a margin of only 0.3 percent of all ballots cast. The state’s Board of Elections refused to certify the results, though, when evidence surfaced of “concerted fraudulent activities related to absentee by-mail ballots,” including illegal vote harvesting by a political consultant and his associates.... 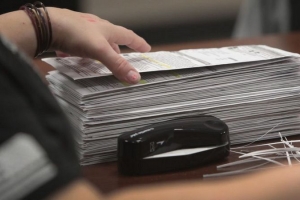 As President Trump continues to dispute the result of the US election, false or misleading posts have been spreading on social media about the vote.

Some have been amplified by President Trump and his team, who have called into question the integrity of the election without providing evidence.

We've checked some of the main claims.

Viral tweets alleged that dead people were casting votes in the key state of Michigan, adding to a Trump-led chorus of unproven "voter fraud" claims. 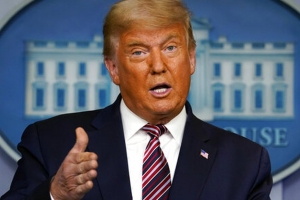 In his first public remarks since falsely saying he won re-election hours after the polls closed, President Donald Trump lashed out at ballot-counting efforts in several states, alleging with no evidence that the system was stacked against him in multiple ways.

There is no evidence at this point that any significant number of illegal votes...