New Twitter boss Elon Musk said on Twitter over the weekend that he'd support Florida Gov. Ron DeSantis (R) if DeSantis runs for the presidency in 2024. What does that say about Musk's political beliefs?

For Context: Musk, the world's wealthiest person, has a history of supporting and donating to both Republicans and Democrats since he took over Tesla in 2003. In recent years, Musk's positions on free speech and COVID-19 restrictions have aligned more with the political right. He announced his first-ever vote for a Republican in June when he voted for Texas Rep. Mayra Flores in a special election.

Key Quotes: "My preference for the 2024 presidency is someone sensible and centrist," Musk said on Twitter. "I had hoped that would the case for the Biden administration, but have been disappointed so far."

Where People Agree: Voices across the political spectrum acknowledged that Musk is beginning to align more with Republicans, who have largely welcomed the alliance.

Where People Disagree: A Mother Jones writer argued that the tweeted endorsement "is not the same thing as Musk announcing his preferred candidate," and said that though "Musk is moving rightward politically" the reports of his alleged alliance with DeSantis "seem exaggerated." Mother Jones and other left-rated sources, such as the Washington Post (Lean Left bias), also highlighted data suggesting a drop in content moderation on Twitter since Musk took over, framing his ownership of the platform as dangerous. 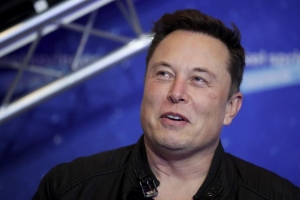 Elon Musk says he would support Gov. Ron DeSantis if the Florida Republican decides to run for president in 2024.

Twitter’s new owner replied “Yes” to a Friday night tweet asking him if he would back the Republican Party’s rising star in a general election.

That response came after Mr. Musk had stated in a previous tweet: “My preference for the 2024 presidency is someone sensible and centrist. I had hoped that would [be] the case for the Biden administration, but have been disappointed so far.”

The billionaire tech magnate also said he was a “significant supporter”... 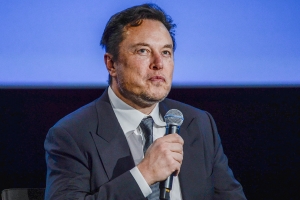 Florida Governor Ron DeSantis may have a rich and powerful supporter in his expected presidential campaign: Twitter owner Elon Musk.

Despite reports that Musk would back DeSantis in 2024, the delivery of the message gives pause: Musk announced (if you can call it that) his DeSantis support vaguely with a one-word tweet. Asked by a user if he would support DeSantis for president, Musk responded: “Yes.”

This is not the same thing as Musk announcing his preferred candidate—as the New York Post quickly interpreted the tweet. I suppose it is an indication of... 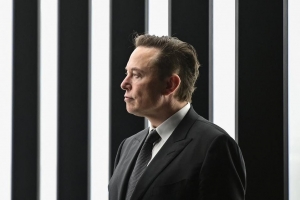 New Twitter owner Elon Musk, whose political views often echo those on the right, said Friday he would back Florida Gov. Ron DeSantis (R) if he runs for president—the billionaire Tesla and SpaceX CEO’s latest move aligning himself with Republicans, despite a long history of supporting Democratic presidential candidates.

The year he became chairman of Tesla, Musk made his first federal political contribution to former President George W. Bush’s re-election campaign, according to Federal Election Commission records that show he gave the Bush-Cheney campaign $2,000 that year, however he also contributed...