Leaders from the world’s top economies met in Bali, Indonesia for the annual G20 summit on Tuesday, as countries around the world faced high inflation and the threat of a potential economic downturn.

Russia in Focus: Ukrainian President Volodymyr Zelenskyy addressed the “G19” virtually and reasserted Ukraine’s independence. Russia, a G20 member, sent Foreign Minister Sergei Lavrov to the summit instead of President Vladimir Putin. New U.K. Prime Minister Rishi Sunak criticized Putin’s absence and said ending Russia’s invasion was “the single biggest difference that anyone could make” for the global economy. Lavrov, on the other hand, criticized the West’s purported “obsession” with the war.

How the Media Covered It: Coverage was common across the spectrum, particularly in business and global outlets like The Guardian (Lean Left bias). While coverage from the left and center focused on a range of issues, coverage from the right tended to focus more on Biden, often highlighting that he skipped the G20 gala. 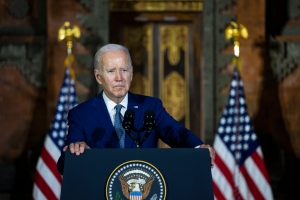 World leaders gathered on Tuesday at a moment of severe geopolitical turmoil, as the global economy slinks toward recession, weighed down by high inflation, a growing scarcity of food and the side-by-side threats of oil shock and financial crisis.

President Biden and his counterparts in many of the Group of 20 nations, which include wealthy countries like Britain and Japan and emerging markets like India and Brazil, are pushing for an aggressive and coordinated response to those threats. They hope to broker agreements meant to dampen global oil prices, help... 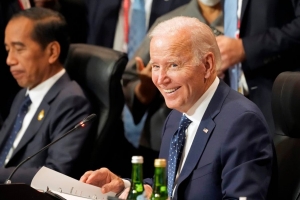 The White House on Tuesday announced a $20 billion plan that it, along with international partners, will launch with Indonesia to transition its reliance off of coal-fired electricity and pursue a green economy.

Under the "Just Energy Transition Partnership," the U.S. and Japan will lead a coalition of 10 international partners to help Indonesia’s energy sector through a "mix of grants, concessional loans, market-rate loans, guarantees, and private investments."

In a statement Tuesday from the G-20 summit in Bali, the White House said G7 nations and "like-minded" allies like Denmark and Norway would... 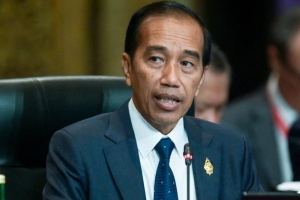 Indonesia’s president Joko Widodo pleaded with world leaders on Tuesday to respect international laws and avert a “cold war”, as Southeast Asia’s biggest economy kicked off one of the trickiest G20 summits since the economic forum’s inception more than two decades ago.

In front of dozens of leaders gathered on the Indonesian island of Bali, including Chinese President Xi Jinping and US President Joe Biden, Widodo said it took “extraordinary efforts” to get everyone together in the same room.

“Today the eyes of the world are fixed upon our meeting. Are we going to achieve success, or...