Attorney General William Barr has appointed a federal prosecutor to examine the origins of the Russia probe to determine if intelligence collection was lawful and appropriate. 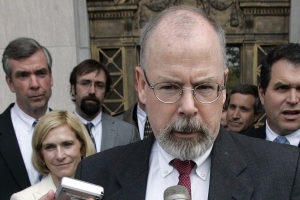 Attorney General William P. Barr has tapped the U.S. attorney in Connecticut to examine the origins of the Russian election-interference probe, according to reports late Monday.

John H. Durham, the top federal prosecutor in Connecticut, has been asked to get the bottom of the Justice Department’s investigation into members of the Trump presidential campaign.

Mr. Durham’s probe will focus on whether the Justice Department lawfully collected intelligence on Trump campaign associates, according to both The New York Times and Associated Press, each citing sources familiar with the matter....

Read full story
Some content from this outlet may be limited or behind a paywall.
See full media bias rating for Washington Times
From the Left
1184
Politics
Barr Appoints Prosecutor To Investigate Start Of Russia Probe: Reports
HuffPost

Attorney General William Barr has ordered a federal prosecutor to investigate the inception of the Russia probe, according to multiple media accounts.

John Durham, the U.S. attorney in Connecticut, has been appointed to oversee the inquiry, The New York Times first reported. The effort will focus heavily on intelligence collection methods used by investigators during the early days of special counsel Robert Mueller’s efforts, per The Associated Press.

The appointment has long been demanded by President... 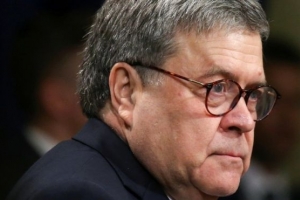 US Attorney General William Barr has assigned a senior federal prosecutor to examine the origins of the Russia investigation, media reports say.

John Durham, the US attorney in Connecticut, has reportedly been asked to determine whether the collection of intelligence on the Trump campaign was lawful.

President Donald Trump has long called for such an investigation.

He has branded the Russia inquiry a "witch hunt" by his opponents.

Critics of Mr Barr, however, have accused him of acting on behalf of the president rather than in the interests of US...