As Trump’s star wanes, another rises: could Ron DeSantis be the new Maga bearer?

Donald Trump, MAGA, Republican Party, Ron DeSantis
Save for Later
From The Left 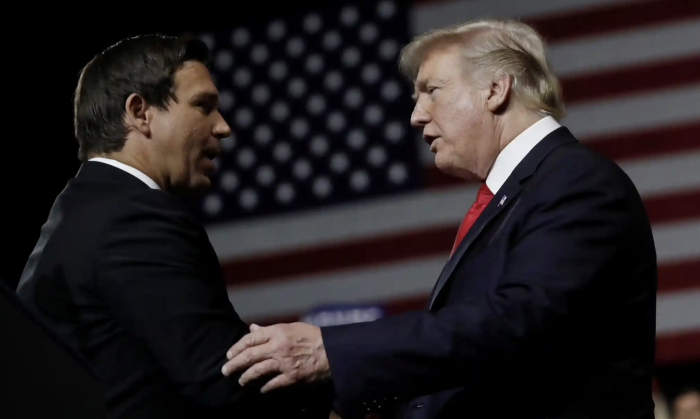 With the January 6 hearings chipping away at the former president’s image, the Republican Florida governor is quietly working to turn the tide in his favor

He was the most powerful man in the world, the possessor of the nuclear codes. Yet he behaved like a deranged manchild who threw temper tantrums and food against the wall.

That was the tragicomic story told to America last Tuesday at a congressional hearing that had even seasoned Donald Trump watchers lifting their jaws off the floor and speculating that his political career might finally be over.

News
Trump suspected of violating Espionage Act, according to search warrant
The Hill