Biden says sending US troops to Ukraine 'not on the table'

Europe, Ukraine, Joe Biden, Russia, US Military, World, Foreign Policy
Save for Later
From The Right 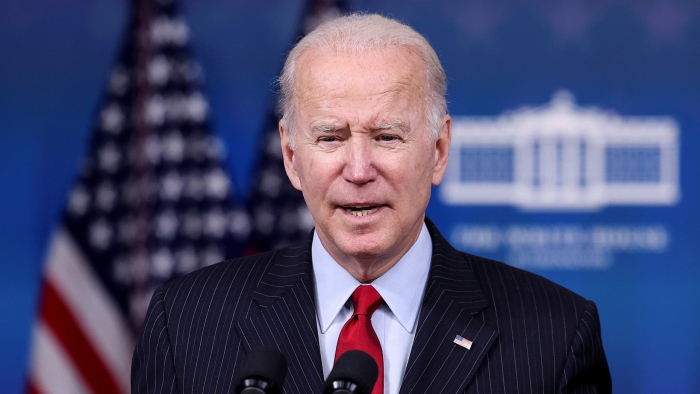 President Biden ruled out the possibility of sending U.S. troops to Ukraine amid the Russian military buildup on the country's border but did warn that he would impose severe sanctions if Russia invaded its neighbor.

"That is not on the table," Biden said when asked by reporters Wednesday if the U.S. would be sending troops to Ukraine. "We have a moral obligation and a legal obligation to our NATO allies if they were to attack under Article 5, that's a sacred obligation. That obligation does not extend to ... Ukraine."

Biden's comments come after he had a two-hour phone call with Russian President Vladimir Putin Tuesday, with officials saying the call between the two leaders grew tense with 70,000 troops along the Russia-Ukraine border.

NEWS
U.S. and Russia agree to keep talking after meeting on Ukraine
Reuters

NEWS
US escalates pressure on Russia, approving new arms and accusing it of plot against Ukraine
ABC News (Online)