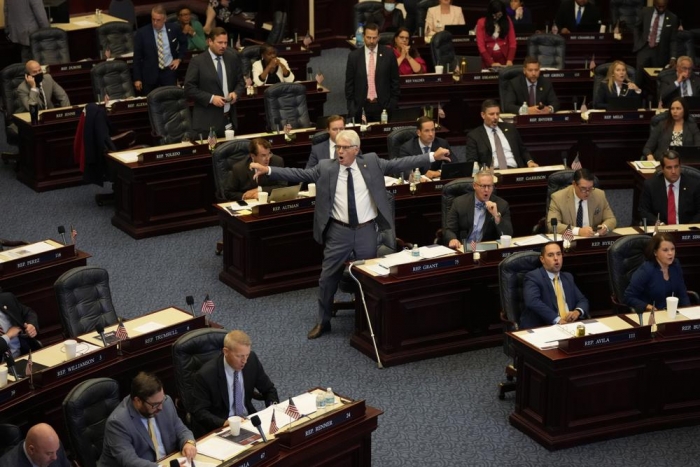 Lawmakers in GOP-controlled statehouse expedited the measure, along with a package of virus bills, after hours of debate in which Republicans maintained they were protecting workers from onerous mandates by the federal government.

DeSantis, a Republican, called the special legislative session on vaccine mandates as he wages a legal and media campaign against vaccine mandates pushed by Democratic President Joe Biden. The governor has become a star in the GOP through his opposition to lockdowns and other virus rules, boosting his profile as he runs for reelection and eyes a possible 2024 presidential run.