Did Biden Check Watch 13 Times During Transfer of Fallen Soldiers?

Facts and Fact Checking, Joe Biden, Afghanistan
Save for Later
From The Left 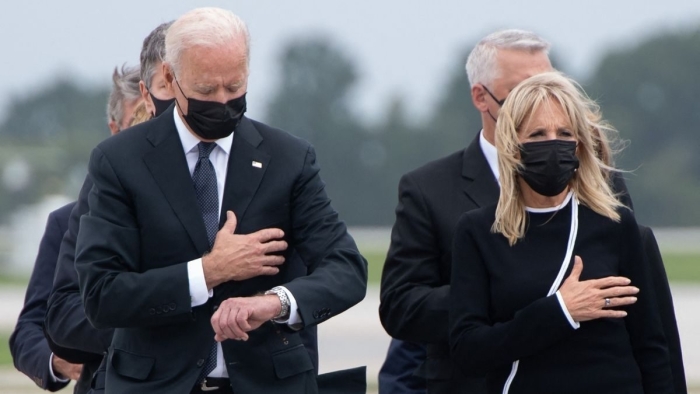 What's True: After the remains of the final fallen soldier had been transferred from a military plane, and after the vehicles carrying the caskets had departed the area, U.S. President Joe Biden appeared to glance down at his watch.

What's Undetermined: There's no video or photographic evidence to support the claim that Biden checked his watch 13 times during this ceremony.

On Aug. 29, 2021, videos and photographs started circulating online that supposedly showed U.S. President Joe Biden checking his watch during the dignified transfer of 13 American soldiers who...