Labor, Uber, Lyft, Strike, Economy And Jobs
Save for Later
From The Left 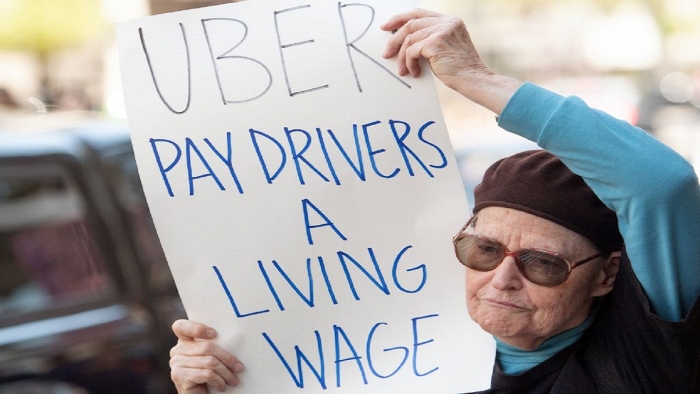 On Wednesday, app-based workers are organizing a nationwide strike along with rallies in 11 cities to demand fairer pay, better working conditions, a union, and the right to collectively organize.

In Los Angeles, San Francisco, San Diego, Austin, Boston, Cleveland, Las Vegas, Pittsburgh, Denver, and Baltimore, drivers will be demonstrating to raise support for the realization of a basic suite of labor rights, including the right to organize and collectively bargain.

Analysis
Who's Really To Blame for Inflation?
Reason