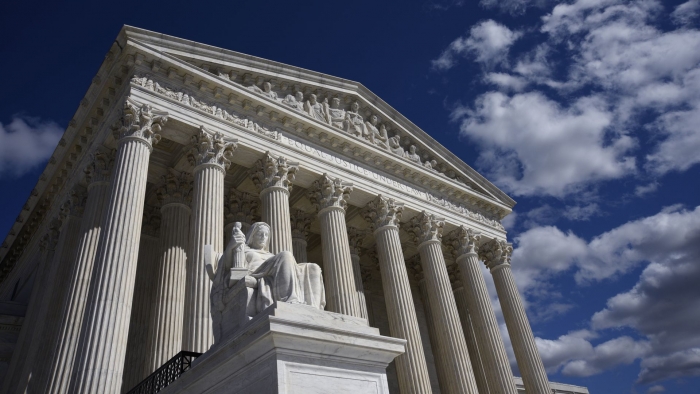 The Supreme Court on Thursday struck down a California law that required nonprofits to hand over a list of their biggest donors.

Why it matters: Some campaign-finance advocates have feared the court will begin chipping away at disclosure rules more broadly, making it harder and harder to figure out who’s funding major political causes.

The big picture: In a 6-3 ruling authored by Chief Justice John Roberts, the court said California had subjected donors to the threat of public harassment and intimidation, undermining their First Amendment right to free association.

Background: California requires nonprofit organizations to give the state a list of their biggest donors each year. The state is supposed to keep that information private, but has routinely failed to do so. Donors’ names and addresses have often become easily available to the public, according to briefs in the case.

PERSPECTIVES BLOG
Not all polarization is bad, but the US could be in trouble