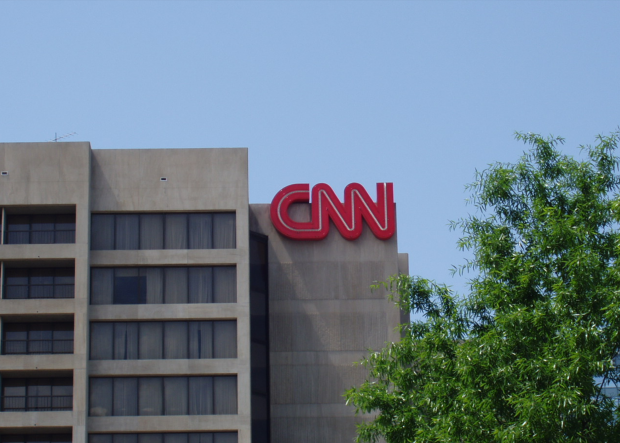 On Monday, Project Veritas, a right-wing activist group that seeks to uncover media bias, began releasing videos that claim to reveal a paramount anti-Donald Trump bias within CNN. Videos present undercover recordings of CNN president Jeff Zucker telling employees to “stay focused” on impeachment and to “cut off” relationships with Rep. Lindsey Graham (R-SC), as well as undercover interviews and conservations with CNN employees, as evidence of the network’s alleged Trump-hating agenda.

Claims of media bias follow every news organization in the United States. But these, brought against one of the world’s most powerful, influential and far-reaching news organizations, are only being discussed on one side of the political spectrum. Why?

James O’Keefe, Project Veritas’ founder, is seen by many as an enemy of the news media; an extension of President Trump’s “war on journalism.” He came to prominence in 2009, when his undercover recordings of Association of Community Organizations for Reform Now (ACORN) employees in California were met with ethical and legal criticisms, and started a chain of events that led to the organization’s closure roughly a year later. O’Keefe has also been arrested for trespassing under false pretenses while in pursuit of stories and, more recently, he led an attempt to get the Washington Post to fabricate a 2017 story about former Alabama Supreme Court Chief Justice Roy Moore.

While he’s described himself as a “progressive radical” rather than a conservative, O’Keefe’s work at Project Veritas historically favors the right. In this latest exposé, O’Keefe employed Cary Poarch — a satellite uplink technician at CNN’s D.C. bureau — as an undercover insider who wore hidden cameras during conversations with colleagues and secretly recorded Zucker’s company-wide announcements.

Journalistically, what O’Keefe and Poarch did is considered a glaring no-no. Obtaining information through deception goes against nearly every ethical principle taught in journalism school — a predictable, viable reason for mainstream media not giving the exposé much attention.

But what if that information can help remedy a societal negative? And what if it’s unattainable otherwise?

In 1992, two ABC News producers faked their way into getting hired by Food Lion grocery stores with falsified resumes, phony work references and total omission of their journalistic backgrounds. Their goal? To expose unhealthy and dangerous practices at Food Lion, including the re-dating of expired meat and the sale of rodent-contaminated cheese.

Over the course of one or two weeks, each journalist used hidden cameras to capture other employees committing health code violations. Their findings were revealed in an ABC News Primetime Live special, in which real Food Lion employees admitted to unsanitary practices on the job.

The result? Food Lion sued ABC for fraud. The company denied ABC’s claims, but didn’t sue for slander — it instead contested that the reporters had trespassed and deceived their employer. An appellate court in North Carolina agreed, but only to the tune of a $2 reward — reduced from an initial $5.5 million award of punitive damages to the grocer.

This case set a clear precedent for journalists, reporters or anyone else seeking information — if you’re obtaining information through deceitful means, the First Amendment does not protect you, and you’re taking a massive risk. But ABC’s actions in the Food Lion investigation are praised to this day for taking a risk in the pursuit of truth, a truth that directly benefited their audience and made society more aware of the dangers around it.

If the information obtained by O’Keefe and Poarch is doing a similar service — opening the public’s eyes to pronounced bias within an immensely powerful news company — does it not hold similar value?

Two primary sources within this latest exposé — CNN media coordinators Nick Neville and Christian Sierra — are recorded talking about Zucker’s “personal vendetta” against Trump, the company’s “anti-Trump crusade” following the 2016 election, and how other employees are “sick” of constant, forced Trump coverage. Both are lower-level employees at the company’s D.C. bureau, and both of their Twitter accounts have been made private since the videos were released. But, assuming they’re being candid, don’t their statements raise red flags about media bias?

As with similar past Project Veritas exposés, almost all additional coverage of the story is from right-leaning media. Forbes and RealClearPolitics are the only outlets with non-Right AllSides ratings that have published coverage. Yahoo News aggregated several related stories from outlets not yet rated by AllSides, but has published nothing of their own. And when asked via email about the story, CNN Vice President of Communications Matt Dornic told the Washington Times that “there’s really nothing to comment on.”

As long as people with political opinions work in news media, political bias will exist everywhere journalism is practiced. But it’s the organizations that claim to be unbiased and purportedly give the fully balanced, objective, all-encompassing picture that can be dangerous to the public.

When bias in the news media is seemingly given a face and a name, journalists ought to report on it. If that reporting uncovers the exposé as nothing but a partisan hit job, they will have done their job in finding the truth. No one wins by being kept in the dark; any and all accusations of harmful bias in the media must be taken seriously, especially when they’re at the highest level. Audiences are owed that simple diligence.