US Ramps Up Vaccine Availability

The federal government announced updates to COVID-19 vaccine recommendations Tuesday in an effort to expand access and availability nationwide. Federal health officials are encouraging states to widen vaccination availability to people age 65 or older, and those with chronic health conditions. States won't be required to follow the guidance. The required second doses of the Pfizer-BioNTech and Moderna vaccines will also be released to states, effectively doubling capacity. President-elect Joe Biden, backed by numerous Democrat governors, requested similar changes last week.

The news was covered widely, often framed in the context of rising coronavirus cases. In outlets throughout the spectrum, the new guidelines were reported far less prominently than coverage of the 2020 election and breach of the U.S. Capitol. Some reports from left-rated sources framed the Trump administration's vaccination plan as subpar and distribution as dangerously slow. Some coverage from right-rated outlets credited President Donald Trump for adopting the new guidelines.

US Ramps Up Vaccine Availability 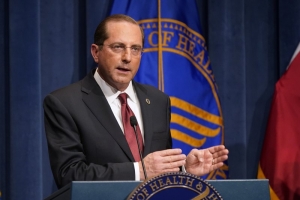 Barely a month into a mass vaccination campaign to stop the COVID-19 pandemic, the Trump administration unexpectedly shifted gears Tuesday to speed the delivery of shots. The move came after widespread concern over a slow start even as coronavirus cases and deaths reach alarming new highs.

Health and Human Services Secretary Alex Azar announced a series of major changes to increase supply of vaccines and expand the age groups eligible as well as locations where people can get shots.

One change will have some teeth to it. Azar said going... 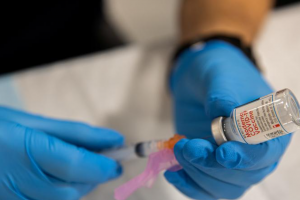 U.S. federal officials on Tuesday agreed to send states additional coronavirus vaccine doses requested by several governors, as the country tries to ramp up the pace of inoculations with the daily COVID-19 death toll hovering at 3,200.

Officials also recommended that states broaden vaccination eligibility to people as young as 65 or who have other chronic health conditions that make them vulnerable to severe COVID-19, drawing a mixed reaction from states that have tailored their inoculation priorities differently. 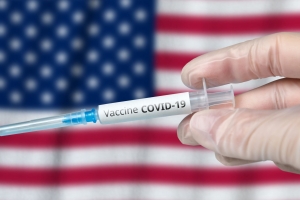 Last week, President-elect Joe Biden announced that his incoming administration would not keep COVID-19 vaccines idling in freezers as boosters for folks who have already been inoculated with the first of two doses. Instead, his team would release all doses now and count on future production to provide the second doses in the coming weeks. This way, far more people could get some initial protection from the virus—a particularly timely consideration, as diagnosed COVID-19 cases have been soaring throughout the U.S. Additionally, it is urgent to get more Americans vaccinated...

As the pandemic worsened last year, President Donald Trump appeared to be relying on his own stream of unofficial coronavirus data, according to Dr. Deborah...

Joe Biden on Monday appeared to boost his goal for coronavirus vaccinations in his first 100 days in office, suggesting that the nation could soon be...

Covid-19 relief faces time crunch with impeachment around the corner

Less than a week into his new administration, President Joe Biden's promise of restoring bipartisanship is going to face even more hurdles as Republicans are...

The US just marked 25 million Covid-19 cases. Now it's a race between vaccines and variants

It took just over a year for the US to go from one to 25 million coronavirus infections. That's an average of about 67,934 new infections every day, or an...

Los Angeles County will allow outdoor dining on patios, along sidewalks and in parking lots to reopen by the end of the week after state officials said Monday...

U.S. President Joe Biden said on Monday he might be able to raise to 150 million his 100-day goal of administering 100 million vaccination shots for the...

Almost exactly one year after the first case of the coronavirus was detected in the United States, the country has now reached 25 million confirmed infections...

President Biden’s “wartime effort” goal to vaccinate 100 million people against COVID-19 in 100 days relies on a daily average that was repeatedly bested under...

The United States has surpassed 25 million confirmed cases of COVID-19 since the pandemic began. The new milestone, reported Sunday by Johns Hopkins...