Scientist Traces First Case Of COVID-19 Back To Wuhan Market

A scientist who investigated public accounts of early COVID-19 cases in China published a report on Thursday saying that a vendor at an animal market in Wuhan was likely the first person to contract the virus.

Dr. Michael Worobey, an evolutionary biologist at the University of Arizona, has examined the origins and escalation of widespread global diseases such as the 1918 pandemic flu and HIV. He wrote that academics “can no longer just dismiss the Huanan market link,” concluding that “the western section where raccoon dogs were caged provides strong evidence of a live-animal market origin of the pandemic.” Worobey's research adds to the theory that SARS-CoV-2 originated from a bat, which follows the pattern of other new diseases that virologists have traced to “spillovers” from animals to humans. The World Health Organization (WHO) previously reported that the first person thought to have contracted COVID-19 was a male accountant in Wuhan who had no link to the market.

The report was prominently covered across the spectrum. Right-rated outlets were more likely to highlight voices that support the Wuhan lab leak theory and criticize Worobey's research for not including data that goes back to Nov. 2019 or earlier. Left-rated outlets were more likely to accentuate voices that said a lab leak was “extremely unlikely.” 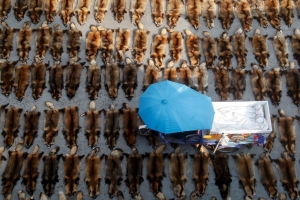 A scientist known for investigating viral origins has reconstructed the first known weeks of the Covid-19 pandemic, adding to a growing body of evidence that the virus behind it jumped from infected animals to humans rather than emerging from laboratory research.

In a paper published Thursday in the academic journal Science, Michael Worobey concludes a wholesale seafood market in Wuhan, China, where live mammals were sold is very likely to be the site of the origin of the pandemic.

The precise role of the Huanan market in the pandemic has been debated by scientists.... 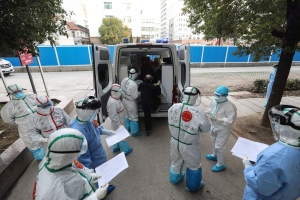 A scientist who has pored over public accounts of early Covid-19 cases in China reported on Thursday that an influential World Health Organization inquiry had likely gotten the early chronology of the pandemic wrong. The new analysis suggests that the first known patient sickened with the coronavirus was a vendor in a large Wuhan animal market, not an accountant who lived many miles from it.

The report, published on Thursday in the prestigious journal Science, will revive, though certainly not settle, the debate over whether the pandemic started with a spillover...

Read full story
Some content from this outlet may be limited or behind a paywall.
See full media bias rating for New York Times (News)
From the Right
13320
Coronavirus
COVID-19’s first known case was a vendor from Wuhan wet market, Arizona scientist says, disputing WHO report
Fox News (Online News) 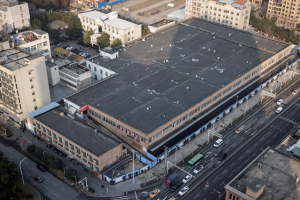 An Arizona-based scientist believes the first known case of COVID-19 was from a vendor at a Wuhan wet market and not an accountant who reported symptoms much later and lived miles away from the market.

The study by Dr. Michael Worobey, an evolutionary biologist at the University of Arizona, was published Thursday in the journal Science. The new study comes amid swirling questions regarding the origin of the COVID-19 pandemic, a topic that has bitterly divided the country for months.

Worobey based his conclusions on public records and reports of early COVID-19 cases...