The profile outlines Döpfner’s perspective on the state and future of political journalism, including his "contrarian" bet that centrist news reporting is not only the right call in terms of fair reporting, but the smart move economically for a publication.

The part of the profile that media outlets across the spectrum latched onto was an email sent by Döpfner to company executives prior to the 2020 U.S. Presidential election. In the email, Döpfner asks “do we all want to get together for an hour in the morning on November 3 and pray that Donald Trump will again become President of the United States of America?” The comment, which Döpfner initially denied before saying he was joking, appeared to be in response to the U.S. government suing Google for abuse of market dominance.

The profile was covered more heavily by left-rated outlets, with right rated outlets mainly covering response from the left. The email regarding Trump was the primary topic of headlines, with many on the left deeming Döpfner’s nonpartisan mission to be compromised by his privately-voiced support of the former president. Outlets across the spectrum drew connections to recent efforts from CNN (Left Bias) to move towards more centrist news content. 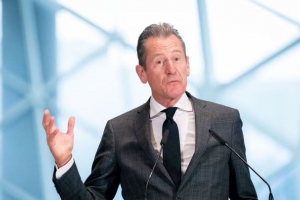 A profile of Politico's new owner Mathias Döpfner is having liberal critics sounding the alarm.

Döpfner, the CEO of the German media company Axel Springer SE, was the subject of a lengthy piece in The Washington Post, which delved into his media business philosophy. He called his roughly $1 billion purchase of Politico in 2021 his "biggest and most contrarian bet."

"We want to prove that being nonpartisan is actually the more successful positioning," Döpfner said in an interview published Tuesday.

While the Post defined Döpfner's personal politics a "mystery,"... 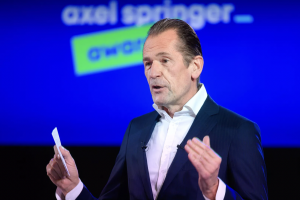 Axel Springer CEO Mathias Döpfner on Tuesday defended messages to colleagues published in the Washington Post that seemed to show Döpfner supporting Donald Trump ahead of the 2020 election, arguing they were taken out of context.

Why it matters: Axel Springer is trying to position itself as a centrist publisher amid a U.S. media investment spree, but the company's history and recent headlines suggest a culture gap may remain between the German publishing giant and U.S. media.

Döpfner has "never tried to influence journalists" who work for him, he said... 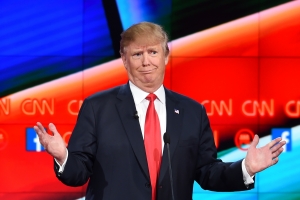 On Friday, CNN’s John Harwood appeared on-screen to do what he often does—provide reporting and analysis of the day’s events. In this case, Harwood’s focus was a speech given by Joe Biden about the threat to democracy posed by Donald Trump and his many allies within the Republican Party.

“The core point [Biden] made in that political speech about a threat to democracy is true,” Harwood intoned. “Now, that’s something that’s not easy for us, as journalists, to say. We’re brought up to believe there’s two different political parties with...