CNN is Evaluating Its Partisan Talent and Programming: Report

CNN (Left bias) is reportedly re-evaluating the partisanship of its media personalities and programming.

A report from Axios (Center bias) published on Wednesday highlighted how Chris Licht, the new head of CNN, is placing a larger emphasis on neutral and facts-focused reporting after the network "grew polarizing" during Donald Trump's presidency. Licht will give news anchors the opportunity to tone down their biased rhetoric so that they no longer "tarnish CNN's journalism brand." On-air personalities that fail to do so will be at risk of losing their jobs.

Licht replaced Jeff Zucker as CNN's president as the network's newly-remodeled parent company, Warner Bros. Discovery, is looking to make substantial changes to its most valued brands. One of the first major decisions made under Licht's reign was shutting down CNN+ only weeks after its initial launch. According to a memo Licht sent to CNN employees last month, the network will focus on being "advocates for the truth" going forward.

Left-rated outlets were more likely to make comparisons to the hyperpartisan nature of Fox News (Right bias) and criticized CNN for "doing as much to misinform Americans as inform them." Daily Kos (Left bias) labeled Licht's intentions as "noble" but expressed concern that his definition of partisanship is "custom-baked to produce the worst possible results." Right-rated outlets noted how praised Licht's efforts to bring CNN back to its "subtler style of the 1990s" and how the "once-proud" network has fallen behind Fox News in ratings. Townhall (Right bias) emphasized that CNN's coverage of Putin's invasion of Ukraine highlights the "hard news that made it a reputable brand" before it lost its way. 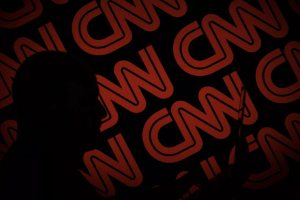 CNN's new boss, Chris Licht, is evaluating whether personalities and programming that grew polarizing during the Trump era can adapt to the network's new priority to be less partisan.

Why it matters: If talent cannot adjust to a less partisan tone and strategy, they could be ousted, three sources familiar with the matter tell Axios.

Details: Licht wants to give personalities that may appear polarizing a chance to prove they're willing to uphold the network's values so that they don't tarnish CNN's journalism brand. 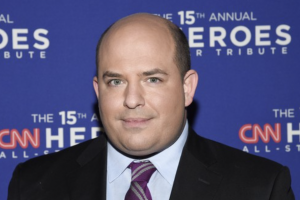 Three CNN sources tell Axios that new network boss Chris Licht is "evaluating" the channel's talent to gauge their ability to do...news...rather than the partisan hackery CNN hosts have become infamous for even as their ratings tank. "If talent cannot adjust to a less partisan tone and strategy, they could be ousted," the scoop reports.

Apparently, "Licht wants to give personalities that may appear polarizing a chance to prove they're willing to uphold the network's values so that they don't tarnish CNN's journalism brand," although CNN's "journalism" has not exactly...

Read full story
Some content from this outlet may be limited or behind a paywall.
See full media bias rating for Townhall
From the Left
5183
Media Bias
CNN said to be turning away from the 'combative' partisanship of ... Jim Acosta?
Daily Kos 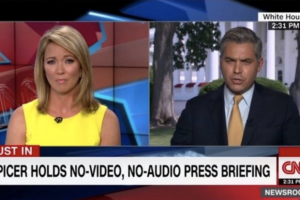 As new CNN head Chris Licht looks to revamp a network that has lost its way, he has one thing working in his favor: The "news" network at this point couldn't possibly get worse. That's what you'd think, anyway, as the once-news-heavy network turned into a den of cheap punditry that swiftly turned every breaking story into a rote-format Teatime For Assholes segment featuring a line of partisan provocateurs to insist that the story, whatever it was, was yet more proof that whoever last wrote a check for their consulting...