Perspectives: The Supreme Court and Bipartisanship

Despite increasing political polarization in the U.S., the Supreme Court has delivered several recent unanimous or near-majority rulings on high profile cases. June 17 saw both a unanimous ruling by the Court on Fulton v. Philadelphia, and a 7-2 ruling to uphold the Affordable Care Act. This month, a Pennsylvania cheerleader's free speech case and a National Collegiate Athletic Association (NCAA) federal antitrust case also saw unanimous or near-unanimous rulings from the Justices. This comes as some argue that the Supreme Court has become partisan and "unbalanced." President Joe Biden, who called the U.S. court system "out of whack" during his presidential campaign, created a commission in April to investigate adding seats to the Supreme Court.

Some on social media expressed their surprise at a "rare" unanimous Supreme Court ruling, while some outlets pointed out that the percentage of all unanimous Supreme Court ranged from 36% to 66% between 2008 and 2019. Some voices on the right claimed that the "divided" Supreme Court narrative was being pushed by Democratic lawmakers as an excuse to change the structure of the Supreme Court and gain political power. Others commended the justices for "properly practicing politics" by reaching "broad agreement on narrow issues" and avoiding blatant partisanship. 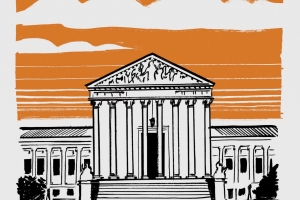 The Supreme Court term that began last fall has spanned several epochal upheavals at once: the second peak and wind-down of the coronavirus pandemic, the 2020 Presidential election, and its dramatic aftermath, including the violent mob attempt to block the certification of the outcome. During the term, oral arguments were conducted entirely by telephone, a low-tech option that had the effect of keeping the Justices less visually accessible to the public. Amy Coney Barrett took the late Ruth Bader Ginsburg’s seat, creating a six-Justice conservative majority that seemed to insure...

Read full story
Some content from this outlet may be limited or behind a paywall.
See full media bias rating for The New Yorker
From the Center
319
Supreme Court
Despite popular misconception, Supreme Court 9-0 rulings aren’t that rare
Poynter 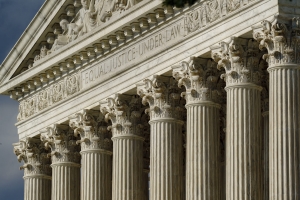 In one of the final decisions of its current term, the Supreme Court unanimously ruled against the National Collegiate Athletic Association in a closely watched case, concluding that the NCAA could not prevent certain payments to college athletes, thus putting the longstanding amateur model of college sports in jeopardy.

After the ruling was announced, Trey Wingo, a former ESPN host and commentator, sent a tweet that sought to encapsulate how stunning the Supreme Court’s 9-0 decision was.

“A 9-0 Supreme Court ruling is the equivalent of finding a unicorn and... 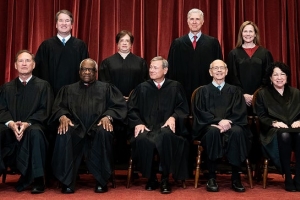 The Supreme Court this week continued to disappoint congressional Democrats and activists with a long line of embarrassingly unanimous, nonideological rulings. After all, the court is supposedly (to use President Biden’s words) “out of whack” due to its irreconcilable ideological divisions. Indeed, the court is allegedly so dysfunctionally divided that many, including Democratic leaders, have called for sweeping changes — from packing the court with new justices to changing its voting rules or even creating an alternative court.

That is why these weeks have so frustrated those who insist the court...

If Kavanaugh And Barrett Betray Pro-Lifers, We Must Blow Up The Conservative Legal Movement
The Federalist

Analysis
Roe v. Wade Is Now in the Hands of the Three Trump Justices
Slate

News
How conservative is the new Supreme Court majority, really?
Yahoo! The 360