Symptoms associated with the first detected cases of the Omicron COVID-19 variant appear mild, especially among vaccinated people, according to health authorities in Europe, South Africa and Israel.

The South African doctor credited with spotting the variant first said all patients she's seen with the variant had "extremely mild symptoms." One Israeli coronavirus expert said that if the variant's less severe symptoms prove to be the norm, it would be a "relatively mild illness compared to the Delta variant, and paradoxically, if it takes over, it will lead to lower infection rates." The European Union announced Tuesday that the 44 detected cases of Omicron it had recorded were all asymptomatic or mild. When asked during an interview with ABC News (Lean Left bias) about whether Omicron may be more mild than other versions, infectious disease expert Anthony Fauci said that estimation was premature.

Omicron's apparent mildness has been covered across the spectrum, with many sources on all sides quoting the doctors from Israel and South Africa. Some coverage from left- and center-rated sources urged caution about the variant despite the initial optimistic outlook. One headline from CBS News (Lean Left bias) featured a quote from a virologist who said Omicron "is probably the most mutated virus we'd ever seen." Some reports from right-rated outlets framed news of the less severe symptoms as a sign that more lockdowns and panic about the variant would be an overreaction. 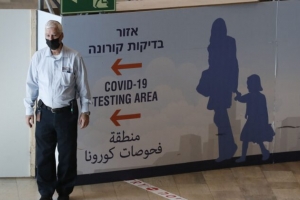 Israeli officials said that researchers have not found any severe COVID-19 cases among vaccinated people infected with the Omicron variant.

The CCP (Chinese Communist Party) virus strain—which was named Omicron by the World Health Organization (WHO) last week—has prompted fresh global panic as a number of countries imposed travel restrictions on southern African countries, where the variant was first located.

Dr. Sharon Alroy-Preis, Israel’s head of public health services, noted that the Omicron infection chance is “very high,” but he said that vaccinated people who have been infected with the variant only became...

Read full story
Some content from this outlet may be limited or behind a paywall.
See full media bias rating for The Epoch Times
From the Left
13320
Coronavirus
Despite reports of milder symptoms Omicron should not be underestimated
The Guardian 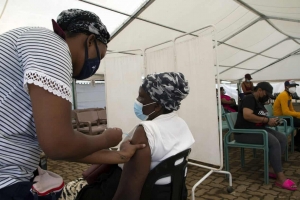 As the world scrambles to contain the new variant, some are hopefully seizing on anecdotal reports from South Africa that it may cause only mild illness. But although previous variants of the coronavirus have been associated with different symptoms and severity, it would be dangerous to assume that Omicron is a viral pussy cat, experts say.

At a briefing convened by South Africa’s Department of Health on Monday, Unben Pillay, a GP from practising in Midrand on the outskirts of Johannesburg, said that while “it is still early days” the cases he... 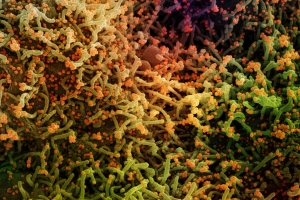 Physicians around the world have suggested the Omicron variant may cause milder illness than other forms of the coronavirus. But actually understanding Omicron’s severity is an open question, experts caution — one that requires more patient data and more time to answer.

The South African physician Angelique Coetzee told the BBC this weekend, for example, that the cases she and colleagues were seeing weren’t serious. “We haven’t admitted anyone,” she said. In Israel, one doctor told Haaretz that, “if it continues this way, this might be a relatively mild illness compared to the Delta variant.”