A federal judge in San Francisco temporarily blocked the Trump Administration from ending DACA, saying that the decision to rescind was based on a flawed legal premise. 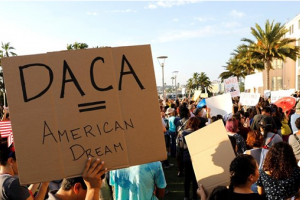 A federal judge temporarily blocked the Trump administration from ending the Deferred Action for Childhood Arrivals program on Tuesday, declaring that the Department of Homeland Security’s “decision to rescind DACA was based on a flawed legal premise." 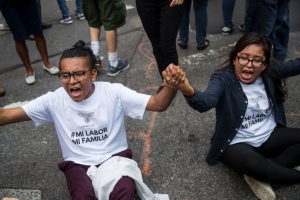 On Tuesday, a San Francisco federal district court judge enjoined—that is, blocked—Trump’s attack on the Deferred Action for Childhood Arrivals, or DACA, program. This injunction is temporary, in place until the court rules on the substance—or the merits—of the challenge to Trump’s plan to terminate DACA.

The good news is by granting a preliminary injunction the judge has indicated that he thinks DACA’s backers are likely to prevail. The bad news is that the injunction isn’t complete. 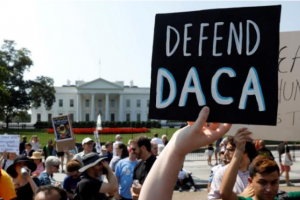 A federal judge in San Francisco on Tuesday temporarily blocked the Trump administration from ending the Deferred Action for Childhood Arrivals (DACA) program that protects certain immigrants from deportation.

Some Schools Are Now Online-Only Due To The Coronavirus. ICE Says Their International Students Must...

Immigration and Customs Enforcement officials said Monday that international students who are taking classes entirely online this fall will not be allowed to...

MIAMI — Florida is once again a national embarrassment as it becomes the new epicenter of COVID-19 infections. As a Floridian, I feel torn anytime our state...

The novel coronavirus delayed the arrival of seasonal immigrants who normally help harvest U.S. wheat, leaving farmers to depend on high school students,...