Reports across the spectrum are highlighting industry experts and analysts who predict high gas prices to increase in the coming months.

The national average price of a gallon of gas has hovered around $3.30 for the past month. It was $2.39 this time last year, according to AAA.

Coverage of gas prices from left- and right-rated outlets has been similarly pessimistic in recent weeks.

Energy experts issued a stark warning to Americans on Friday: Get ready for higher gas prices this spring.

"This is the calm before the storm, and we're already going up," GasBuddy head of petroleum analysis Patrick De Haan said on "Varney & Co." "Most of the pain is going to come in March, April and May."

"I think it's going to be somewhere between the Super Bowl and Memorial Day, but it's going to happen quick," he told FOX Business’ Dagen...

Read full story
See full media bias rating for Fox Business
From the Left
340
Energy
Gas prices are in the danger zone. Biden can't do much about it
CNN Business

President Joe Biden's 2022 is off to a dreadful start. Prices at the pump could make it even worse.

Crude oil has already zoomed back to two-month highs. Gasoline prices, which move with a lag, have stopped their muted decline. And they're starting to creep higher again.

The energy resurgence is only going to add to the economic anxiety gripping the United States and sinking Biden's poll numbers.

"This is a terrible situation. Gas prices are in this political danger zone," Helima Croft, head of global commodity strategy at RBC Capital Markets, told CNN. 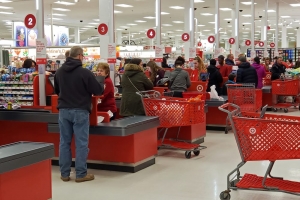 "Some of the historical ways consumers react to inflation will play out again in 2022," Cornell said at an event held by the National Retail Federation in New York cited by Bloomberg.

"You'll drive fewer miles, you'll consolidate the number of times and locations where you shop," Cornell said at the event, per Bloomberg.

Shoppers are likely to eat at home rather than in restaurants, and...

Read full story
Some content from this outlet may be limited or behind a paywall.
See full media bias rating for Insider
More Stories »
Energy, Gas Prices
Go ad-free! Support AllSides.
About these ads

Decarbonizing US Energy System Would Save 50,000 Lives and $600 Billion a Year: Study
Common Dreams

News
Did You Catch Biden's Latest Move on Energy?
Townhall

News
New vehicles must average 40 mpg by 2026, up from 24 mpg
Associated Press

News
EU strikes gas deal with the U.S. as it seeks to cut its reliance on Russia
CNBC

News
Gas Prices
The Flip Side

Fact Check
How much blame does Putin deserve for high gasoline prices?
PolitiFact

Opinion
The U.S. Government Doesn’t Control Domestic Oil Production. But It Should.
The Intercept

Fact Check
How reliant is the world on Russia for oil and gas?
BBC Fact Check

News
U.S. gas prices aren’t quite at record highs, if you account for inflation, but soaring oil costs could change that soon
Fortune