The Department of Health and Human Services declared the monkeypox outbreak a public health emergency on Thursday.

There had been 6,617 reported monkeypox cases in the U.S. by Thursday, and 26,208 globally, according to the CDC — making the U.S. outbreak the largest in the world. Furthermore, U.S. infections nearly doubled in the last two weeks.

The emergency declaration opens up more federal response tools, including freeing up funding for treatments. In a statement, HHS Secretary Xavier Becerra said, “We are prepared to take our response to the next level in addressing this virus. We urge every American to take monkeypox seriously.”

Coverage was widespread and mostly balanced across the spectrum. Some coverage from the right framed President Joe Biden himself as issuing the declaration, like when a Fox News (Right bias) homepage headline said, “Biden makes massive move.” 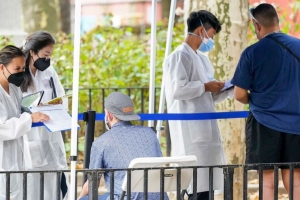 Amid growing calls from health officials across the country, the Biden administration declared the current monkeypox outbreak to be a public health emergency in the U.S. on Thursday afternoon.

The declaration, which was made by the U.S. Department of Health and Human Services, comes a little less than two weeks after the World Health Organization designated the outbreak an emergency of international concern.

By issuing a declaration, HHS will be able to take a series of actions including accessing funds set aside for such an emergency as well as appointing personnel to positions directly... 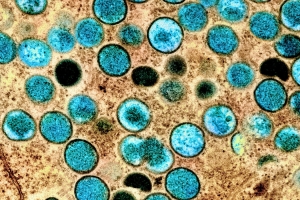 The Biden administration declared the ongoing monkeypox outbreak a public health emergency on Thursday, a move that comes amid growing case counts and a groundswell of criticism over the way the administration has handled the outbreak.

The move comes as news stories chronicle a series of missteps in the administration’s response to the outbreak, from its failure to rapidly divert vaccine stockpiled as a hedge against bioterrorism to combat spread of monkeypox to its slow decision-making, which led to missed opportunities to vaccinate more quickly.

The Biden administration will tap into public health emergency powers to speed up the distribution of vaccines for monkeypox and improve testing capacity.

The decision to declare monkeypox a public health emergency allows the administration expanded powers to deal with the disease, such as the ability to contract with private companies, such as vaccine distributors, in order to speed up the deployment of the nation's supply of shots. It also gives federal health authorities greater access to state data to monitor the outbreak.

“We’re prepared to take our response to the next level...