Economy And Jobs
Save for Later
From The Left

Inflation is cooling. Consumers are still spending. And hiring is slowing — but not collapsing. That’s why Moody’s Analytics chief economist Mark Zandi is increasingly confident that the American economy will — narrowly — escape a recession.

“It’s going to be a struggle. It’s going to feel uncomfortable. But I think we are going to thread the needle,” Zandi told CNN Business in a phone interview earlier this week. 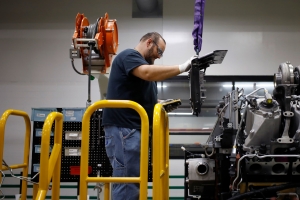