A new era for the American worker

Economy and Jobs, resignations
Save for Later
From The Left 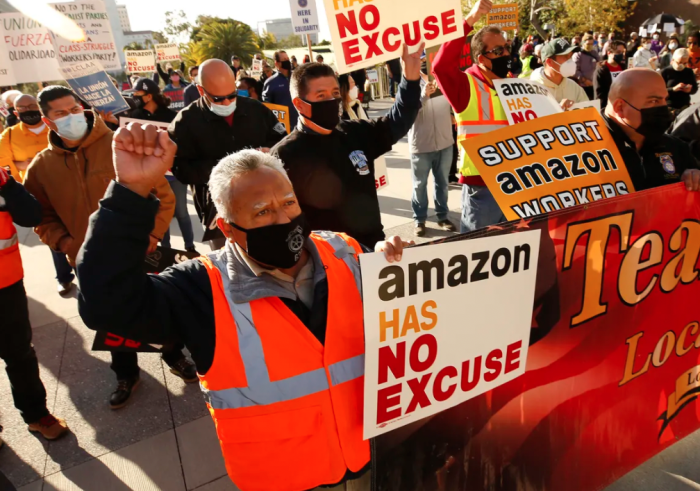 More than any other time in recent memory, the present moment offers many Americans a chance to make work better.

American employees in 2022 have more leverage over their employers than they have had since the 1970s, the result of a confluence of factors. The pandemic that began in 2020 has prompted a widespread reevaluation about what place work should have in the lives of many Americans, who are known for putting in more hours than people in most other industrialized nations. There’s also been a groundswell of labor organizing that began building momentum in the last decade, due to larger trends like an aging population and growing income inequality. This movement has accelerated in the past two years as the pandemic has brought labor issues to the fore.

“I feel like there’s a change in the culture of Americans” to become more pro-labor, said Catherine Creighton, director of the Co-Lab at Cornell University’s Industrial and Labor Relations school.

“The pandemic created a huge shift where people can take the time to say, ‘What’s going on in my life?’ And it just stopped the clock for a moment, for people to say what’s important and not important,” she said.

Huge numbers of US workers have been quitting their jobs or leaving the workforce entirely, as a booming economy has created more demand for workers. This so-called Great Resignation, or Great Reshuffle, has continued even as expanded state and national unemployment benefits have run out. The ensuing labor shortages have shifted the balance of power from employers to employees — at least for those with in-demand skills or in in-demand industries.