US Senate, Government Shutdown, Chuck Schumer
Save for Later
From The Right 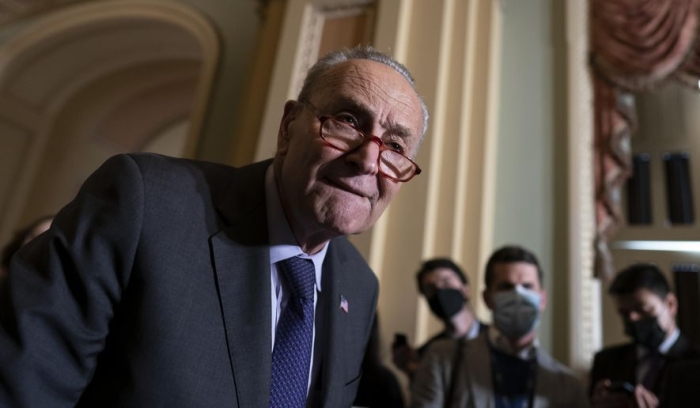 Mr. Schumer, New York Democrat, struck a deal with a cadre of conservative senators to expedite passage of a stop-gap funding measure to keep the government afloat past Dec. 3.

“I am pleased to announce that an agreement has been reached between Democrats and Republicans that will allow the Senate to take up and pass the continuing resolution to fund the government through February 18,” Mr. Schumer said. “With this agreement, there will be no government shutdown.”

Overall, the short-term spending measure passed the Senate by a vote of 69-to-28. Nineteen Republicans, including Senate Minority Leader Mitch McConnell of Kentucky, joined with all 50 Democrats to keep the government open.

Read full story
Some content from this outlet may be limited or behind a paywall.
US Senate, Government Shutdown, Chuck Schumer