Should Kevin McCarthy Stay or Should He Go?

US House, Kevin McCarthy, infrastructure bill
Save for Later
From The Right 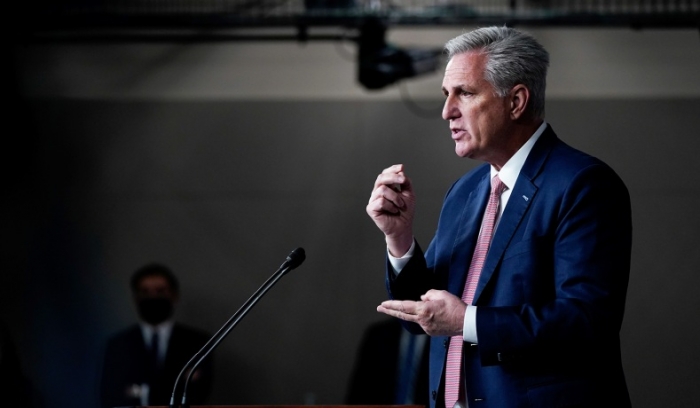 On the menu today: Thirteen House Republicans rescue the infrastructure bill, spurring some of my colleagues to ask whether Kevin McCarthy should be leading House Republicans; researchers discover a gene that makes you particularly vulnerable to COVID-19, and that news is particularly bad for the citizens of India; and a point about how congressional appropriators send out the money and then usually stop paying attention.

Late Friday night, with a tiny bit of genuine drama, the House of Representatives passed the “bipartisan infrastructure framework.”

Thirteen House Republicans voted for the legislation, making the bipartisan label somewhat accurate and a bit more than window dressing.

Perhaps most significantly, those House Republicans effectively helped President Biden get a big legislative win and avert another disappointment, when Democrats already felt fear, confusion, and despair setting in from Tuesday’s election results. Six House Democrats, including Alexandria Ocasio-Cortez and members of “the Squad,” voted against the legislation. In other words, thanks to Republican votes, the House has approved a $1.2 trillion dollar package with $550 billion in new infrastructure spending, just $110 billion of which would go to roads and bridges.

In great news for The Weed Agency, the legislation provides “$50 million annually in grants to eliminate, control and prevent invasive plants.”

Read full story
Some content from this outlet may be limited or behind a paywall.
US House, Kevin McCarthy, infrastructure bill