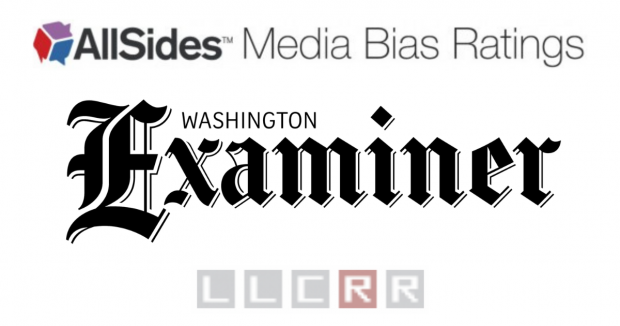 People from across the political spectrum – people who identified as Left, Lean Left, Center, Lean Right, or Right – rated the media bias of the Washington Examiner. The weighted average was 2.34 on a scale from -9 to +9, which is in the Lean Right category.

RELATED: See how people rated the bias of Insider, Newsmax, Newsweek, and NPR.

AllSides previously conducted an Editorial Review in 2019 and a Blind Bias Survey in 2020 for the Washington Examiner. To read more about how AllSides rates media bias, click here.

Washington Examiner’s media bias rating is featured on the AllSides Media Bias Chart™, which has been updated to reflect changes to the bias ratings for NPR, Newsmax, and Insider.