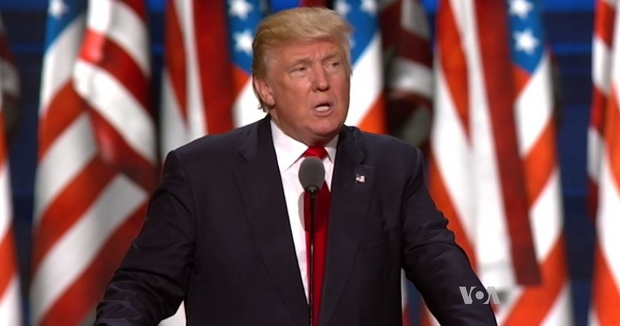 On Tuesday, the House of Representatives voted to condemn President Donald Trump’s recent tweets, which many journalists and commentators said fit the definition of "racist." However, another faction — mostly on the Right — said “racist” is not an appropriate descriptor for Trump’s sentiments. Some on both sides accused journalists of media bias because they used the term “racist” to describe the tweets outside of their opinion pages.

The controversy, which dominated media headlines since Trump made the remarks Sunday, revealed a major divide in how Americans actually define the term “racist.” Controversial terms tend to shut down dialogue because they mean different things to different people. We offer a "racism" definition at The AllSides Red Blue Dictionary, which was developed to reveal how Americans of different political stripes view the exact same words or phrases very differently.

Last weekend, conflict arose on Twitter between House Speaker Nancy Pelosi (D-CA), whom many refer to as a moderate Democrat, and a faction of Congress sometimes referred to as “The Squad,” which includes representatives Alexandria Ocasio-Cortez (D-NY), Ilhan Omar (D-MN), Rashida Tlaib (D-MI), and Ayanna Pressley (D-MA), whom many refer to as far Left.

AOC said Pelosi was “singling out . . . newly elected women of color” for criticism. This prompted Trump to defend Pelosi, saying calling her a racist “is a disgrace.” Then on Sunday, Trump tweeted:

“So interesting to see “Progressive” Democrat Congresswomen, who originally came from countries whose governments are a complete and total catastrophe, the worst, most corrupt and inept anywhere in the world (if they even have a functioning government at all), now loudly..........and viciously telling the people of the United States, the greatest and most powerful Nation on earth, how our government is to be run. Why don’t they go back and help fix the totally broken and crime infested places from which they came. Then come back and show us how........it is done. These places need your help badly, you can’t leave fast enough. I’m sure that Nancy Pelosi would be very happy to quickly work out free travel arrangements!”

Many media outlets and commentators on the Left, including Pelosi, interpreted Trump’s tweets as being directed at “The Squad” and quickly referred to the tweets as fitting the “racist" definition. The incident led to huge disagreement over whether the sentiments were indeed “racist,” as well as whether or not the media was employing bias by referring to the tweets as “racist” in articles that were not part of the opinion pages.

Some media members across the political spectrum accused the media of editorializing by using the phrase “racist tweets” or “racist comments” in their hard news reporting and headlines, instead of just their opinion pages. Brit Hume, Senior Political Analyst at Fox News, said the Washington Post should “report what [Trump] said, report the reaction to it, and let the readers decide if the comments were racist.” Keith Woods, VP of Newsroom Diversity and Training at NPR, wrote an op-ed arguing journalists “should not be in the business of moral labeling.”

Yet many on the Left and in the Center maintained that “racist” is an accurate descriptor for Trump’s sentiments — particularly, his remark that the representatives should “go back” to countries they came from.

Tanvi Misra, staff writer at Roll Call, defended the media’s choice of the term: “We are not doing our job if we're not calling out what this is, based on ALL the available evidence here."

The Left says Trump’s remarks are part of a strategy to marginalize immigrants and people of color and to frame the U.S. as a place where immigrants are not welcome, which they say is antithetical to American values. Many on the Left argued telling someone to "go back" to their country is a historically racist trope. Doreen St. Felix at the New Yorker wrote that Trump’s tweets were “of vintage racist stock.” Charles M. Bow, writing at the New York Times, said the “tweets prove that [Trump] is a raging racist.”

“The central framing of this kind of thinking is that this is a white country, founded and built by white men, and destined to be maintained as a white country,” Blow wrote. “For anyone to be accepted as truly American they must assimilate and acquiesce to that narrative, to bow to that heritage and bend to those customs.”

Underlying whether or not the media outlets were editorializing by using the term “racist” in their hard news coverage is a larger debate: what does “racist” actually mean? Turns out, objectively defining racism is difficult because how different groups define “racist” depends largely on their bias and worldview.

The Right Says Trump’s Tweets Were Bad, But Not Necessarily Racist

Many on the Right agreed that Trump’s “go back” comment went too far, saying his remarks were unseemly and misinformed, particularly due to the fact that only one of the four representatives people interpreted his comments as being directed toward was not born in the U.S.

However, some maintained that Trump’s remarks do not fit the "racism" definition, saying Trump was condemning the progressive lawmakers’ ideas — particularly, their critique or seeming dislike of certain U.S. policies — not their skin color.

“Trump didn’t suggest that the four congressional rads leave America because of their race or national origin. He offered the suggestion because of their hatred, as he sees it… for America. This couldn’t be clearer. There are other “minority lawmakers” who oppose Trump’s policies. He did not suggest, and has never suggested, that they leave America,” wrote Paul Mirengoff at Power Line Blog.

Some said the term “racist” is losing its definition and becoming meaningless.

“When words are over-used or misused, they lose their power,” wrote Quin Hillyer at the Washington Examiner. “That’s why we all learn the story of the boy who cried wolf. If ‘racism’ is used to refer to everything that is seen as bad and as seen as having anything to do with ‘other-ness,’ people start tuning it out … Trump’s tweets were wrong because they were nativist and arguably bigoted. To say that is to say enough.”

David Marcus at The Federalist echoed the sentiment: “While once we had, or thought we had, some fairly firm definitions for racist activity or speech, most having to do with intent or belief, we now have an “I know it when I see it” standard. The same problems underlie this standard in regard to racism: nobody can really know when he is guilty of it."

For conservatives, the definition of “racism” encompasses a more narrow range of thought and behavior than it does for leftists or progressives. Conservatives see racism as an endorsement of one’s own racial group’s superiority, a belief about another racial group’s inferiority, or harmful behavior directed at someone specifically because of their race. Conservatives often require a higher standard of proof, relying on explicit evidence rather than implicit assumptions to charge someone with racist behavior.

On the other hand, progressives define racism as not necessarily being limited to conscious intent, but as encompassing unconscious bias fundamental to everyone’s cultural upbringing and reaffirmed through systemic structures designed to support white people. They perceive racism as built into people’s way of being or seeing in the world. Therefore, progressives may charge someone with racism without explicit evidence the behavior or remarks of the accused were based on race, due to their belief that racism can operate as unconscious bias. Because progressives perceive many fundamental societal structures as built on systemic racism — meaning certain groups have more power than others — they view racism as linked to power, holding the belief that disadvantaged groups cannot be racist toward groups that have power.

In the case of Trump’s tweets, the right sees a lack of explicit proof that Trump views the Squad as inferior due to their race, or denies that he criticized them based solely on their race and not their ideas. Progressives, on the other hand, perceive Trumps’s attempts to curb illegal immigration and the “go back” remarks as evidence of unconscious bias against immigrants and people of color.

We break down the differing "racism" definitions and hundreds of other terms in more detail in the AllSides Red Blue Dictionary. Understanding what other groups mean when they use certain terms can help us to appreciate other people’s worldview — even when we disagree.

This piece was reviewed by Samantha Shireman, Information Architect at AllSides, who has a Lean Left bias. It was also reviewed by AllSides Daily News Editor Henry Brechter, who has a Center bias.