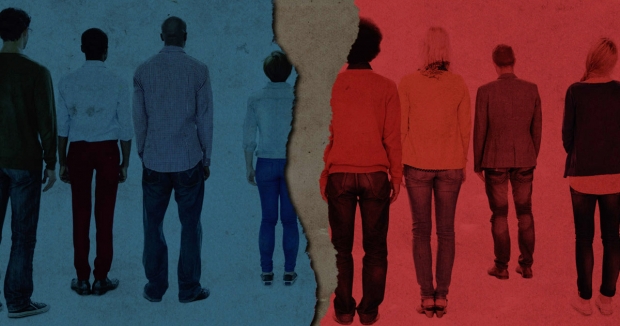 BBC News, which AllSides gives a Center media bias rating, recently published an article claiming that online echo chambers — or filter bubbles, the idea that people tend to encounter only ideas that align with their current beliefs online — may be a myth. The study the article references, authored by Elizabeth Dubois and Grant Blank, suggests that echo chambers are not as widespread as we have been led to believe. So, is it true?

While the hypothesis is reasonable, the methodology and the conclusions that are drawn at the end of the study are problematic.

The actual hypothesis in the study is relatively general and likely true. The researchers hypothesize that people who are (1) exposed to multiple types of media (e.g. online news, social media, and television) and (2) interested in politics are less likely to be in an echo chamber. That seems intuitive: a person who makes an effort to stay informed and consume a balanced media diet is more likely to encounter diverse ideas than a person who passively absorbs all of their news from their like-minded friends on Facebook.

The study was done using survey data. Participants were asked questions such as, "When looking for news or political information, how often, if ever, do you try to confirm political information you found by searching online for another source?" Unsurprisingly, the largest percentage of people answered “Sometimes.”

Survey data is an important tool that should not be dismissed, but psychology must be taken into account. Due to what is known as social desirability bias, people reliably over-report “good” behavior and under-report “bad” behavior in surveys. This, like the hypothesis, is also intuitive: the number of people who claim to consistently fact-check information they encounter is likely much larger than the number of people who actually do. Additionally, due to confirmation bias, those who frequently fact-check information are unlikely to question ideas that align with their beliefs. The very fact that I am writing this blog is evidence of confirmation bias; because I do believe many people are in digital echo chambers, I would not have been this skeptical of an article confirming the dangers of echo chambers.

These biases do not render the survey data useless, but since these biases are well-documented and reliable, it’s likely the results are skewed and that people do not fact-check information or seek out diverse opinions as often as they claim to. We interact with a huge amount of media every day, and thinking critically about each piece of information we encounter is unrealistic. Most of us have experienced first-hand how easy it is to accidentally share fake news without thinking, especially when that news confirms our beliefs or denigrates our political “other.”

At the end of the study, the authors conclude that "8% of the population may be more likely to be caught in an echo chamber." This is the percentage of people with the least diverse media diets who also claimed to not be interested in politics at all. This conclusion is based on several assumptions made using data that are flimsy to begin with. It is frankly irresponsible of the researchers to try to pass off such speculation as science.
First, this conclusion assumes that the self-reported survey data is numerically accurate, rather than a reflection of general trends. Second, and more importantly, the authors consider the consumption of many types of media a "balanced media diet." Getting information from multiple sources does not necessarily mean they are also encountering diverse perspectives on a regular basis. Even if someone gets their news from multiple, reputable non-partisan sources, those sources may all have the same media bias and as such will frame information in a way that confirms, rather than broadens, the reader’s perspective.

I should also note that the BBC article states that the study concludes that "social media and [the] internet [are] not [a] cause of political polarisation." I was not able to find this claim anywhere in the text of the study.

There are some useful takeaways from this research. The authors remind us that people interact with many types of media. Because of this, studies on echo chambers that focus on a single platform do not paint a full picture. They also remind us that being exposed to diverse perspectives, avoiding filter bubbles and consuming a balanced media diet are some of the best ways to ensure you are not stuck in an echo chamber. In my admittedly biased perspective as a part of AllSides, I agree.