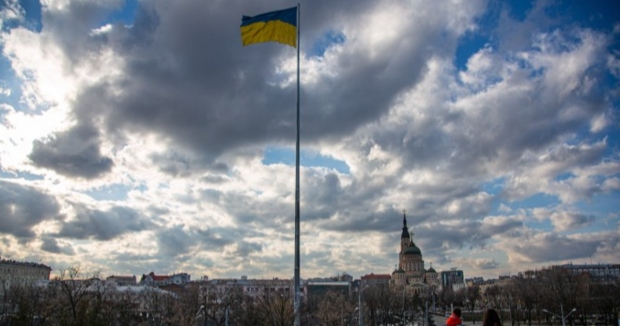 Russian President Vladimir Putin announced what he called a "special military operation" in Ukraine Thursday, as the U.S. and other nations accused him of launching all-out war in Europe.

Multiple Russian missile strikes were reported across major Ukrainian cities, and Ukraine's government called it "full-scale war." President Joe Biden said Russia "has chosen a premeditated war that will bring a catastrophic loss of life and human suffering." Putin maintained that Russia didn't plan to occupy Ukraine, but said he seeks to demilitarize the country and threatened "consequences that you have never experienced in your history" for anyone who tries to interfere.

Putin recognized two separatist-contested Ukrainian territories as independent earlier this week, and directed Russian troops to conduct "peacekeeping" operations there. President Joe Biden responded with economic sanctions, and Germany halted certification of the Russia-to-Germany Nord Stream 2 gas pipeline. So far, two rounds of U.S. sanctions have been announced: one directed at the separatist regions, and the other targeting Russia itself.

The crisis has been the top story from outlets across the political spectrum in recent weeks. Many right-rated outlets have focused more on criticisms of Biden's handling of the crisis, and framed him as incapable of standing up to Putin and worthy of blame for not stopping the attack. Left- and center-rated sources focus more on the potential consequences of a Russian attack of Ukraine, both for the U.S. and Europe, and tended to frame Putin as more deserving of blame than Biden.

As Russia Invades, Resolve and Uncertainty in Kharkiv

"Russian cruise and ballistic missiles struck airfields, military sites, and key infrastructure in Kyiv, Kharkiv, Mariupol, Dnipro, and Odessa. Video footage indicates that populated areas have also been hit by Russian rockets despite claims by Moscow that it is only targeting military infrastructure."

How do Ukraine's military capabilities measure up against Russia?

"Moscow has Kyiv both outgunned and outmanned – with at least three times the tanks of Zelenskyy’s defense forces, according to Reuters. Russia has around 900,000 active-duty troops in all branches of the military compared to less than 200,000 for Ukraine, Britain’s Sky News reported."

Too Little, Too Late

"I’m all for making Putin’s life as uncomfortable as possible moving forward, but why didn’t Biden leave sanctions in place and use the potential of waiving them as a carrot. As some oil-industry execs have pointed out, if Putin takes Ukraine it won’t matter anyway. Perhaps Nord Stream 2 sanctions wouldn’t ever have made a difference, but they almost certainly won’t now."

AP-NORC poll: Most in US oppose major role in Russia strife

"Just 26% say the U.S. should have a major role in the conflict, according to a new poll from The Associated Press-NORC Center for Public Affairs Research. Fifty-two percent say a minor role; 20% say none at all. The findings are a reminder for Biden and fellow Democrats that while the crisis may consume Washington in the coming months, pocketbook issues are likely to be a bigger priority for voters heading into the midterm elections."

"President Vladimir Putin's long-feared assault will reverberate far beyond Russia and its democratic neighbor. It will bring consequences including painful spikes in already high gas prices for Americans struggling to navigate out of a once-in-a-century pandemic. And it may rekindle a Cold War that had once seemed a relic of history."