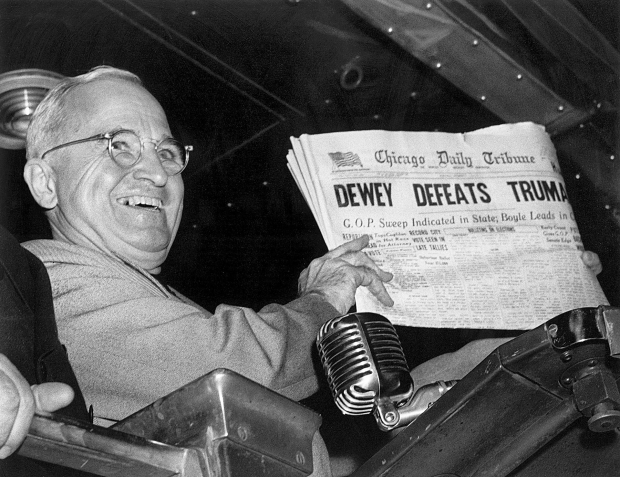 It’s a time-honored journalistic tradition to note the front pages of major newspapers the morning after a major election. This year, we note coverage following the 2022 midterm elections on online homepages — the front pages of our time.

AllSides has collected and compared nine homepages of major U.S. news outlets — three each from outlets rated on the left, center, and right.

What we see is an overarching focus on data visualization — maps, line graphs, and bars representing a tug-of-war between the two parties. Accompanying the data are the usual lead headlines, highlighting the uncertain fate of “Control of Congress” or the lack of a “Red Wave” of Republican victories.

Instead of focusing on state officials or ballot measures, homepage coverage across the spectrum highlighted U.S. congressional elections. This could imply a widely-held perspective that Congress’ politics and legislation are most important. Or it could mean national audiences pay the most attention to close races between simplified political identities that we can all have a stake in.

Whatever the reason, the online news homepages sang in unison Wednesday morning.

While The New York Times and NBC News featured election maps, CNN zeroed in on four key Senate races that could tip the balance in the Senate between Democrats and Republicans. NBC News’ top headline was larger and bolder than the others. 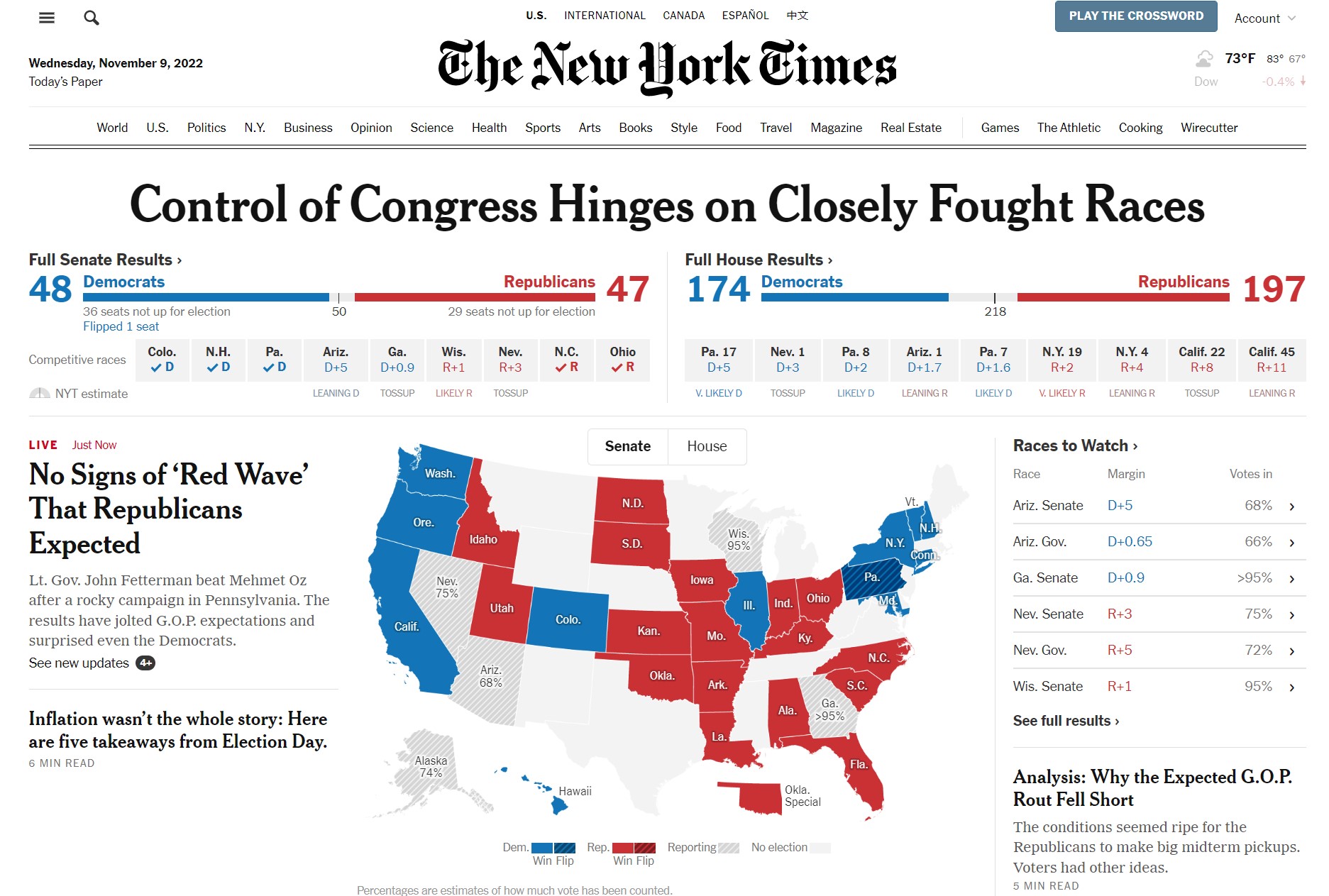 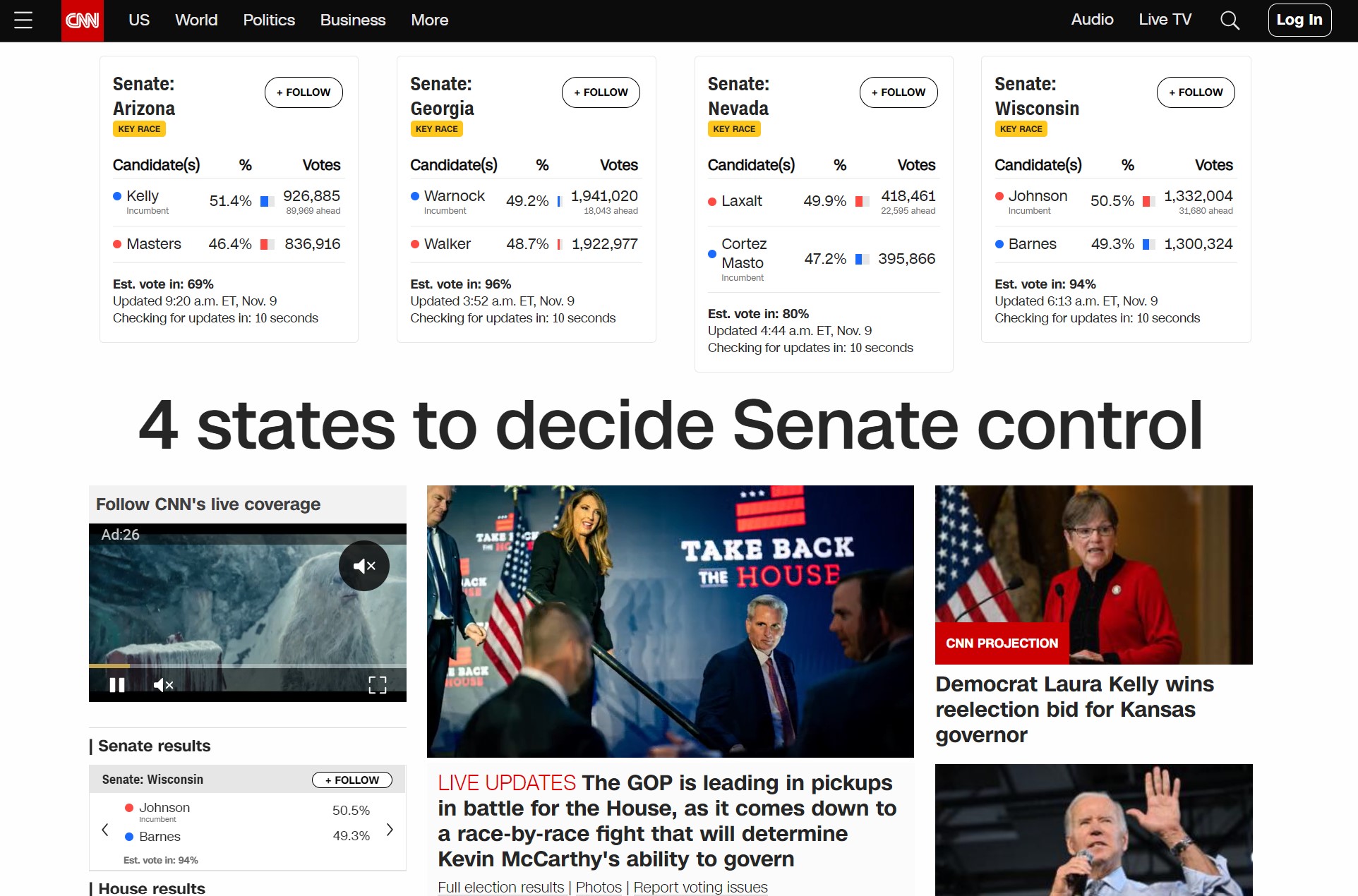 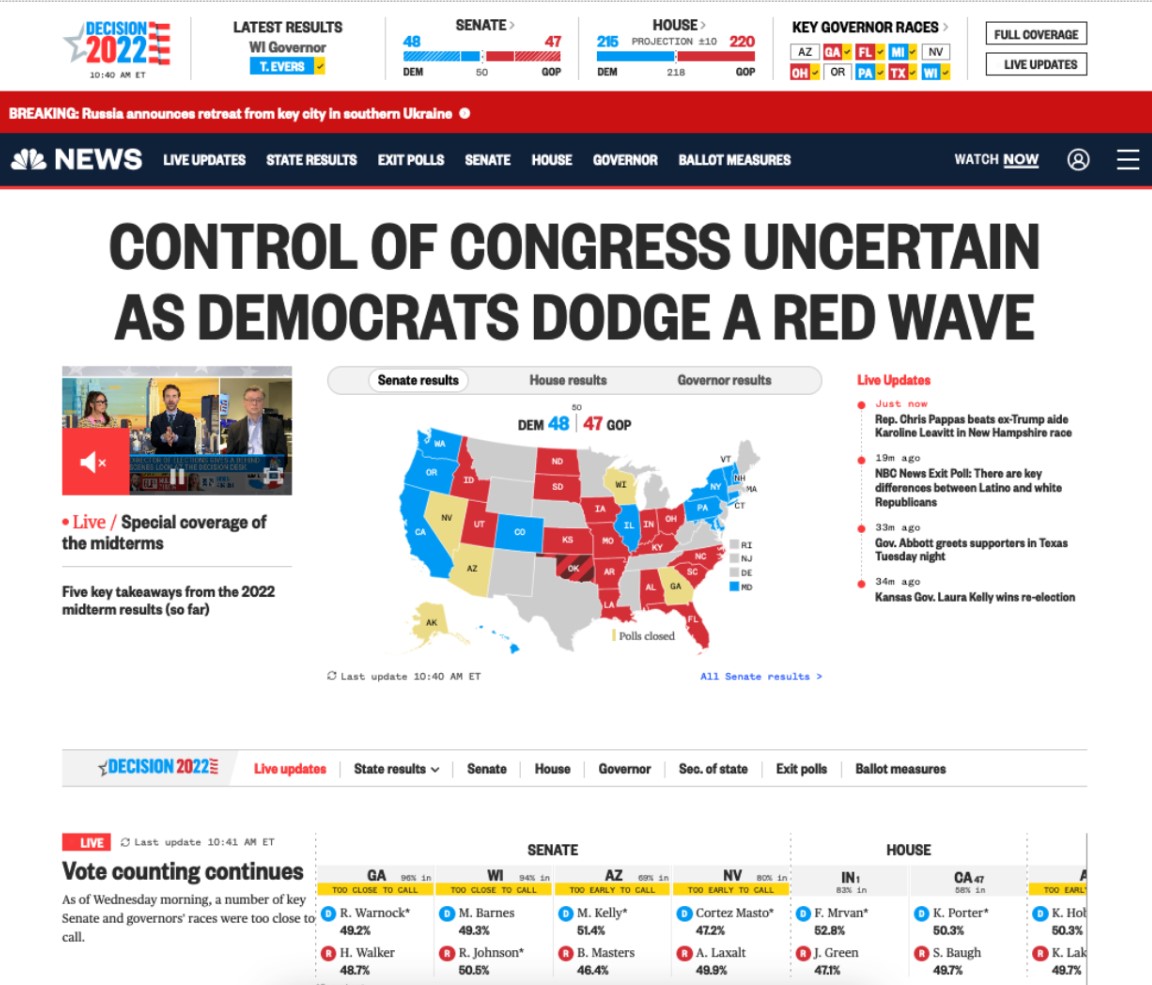 While The Wall Street Journal featured a simplified election map and results from “key races,” all three sampled center-rated outlets used horizontal bars to show how far each party was from a majority. All referenced lower-than-expected Republican performance and the uncertainty around which party would control Congress. 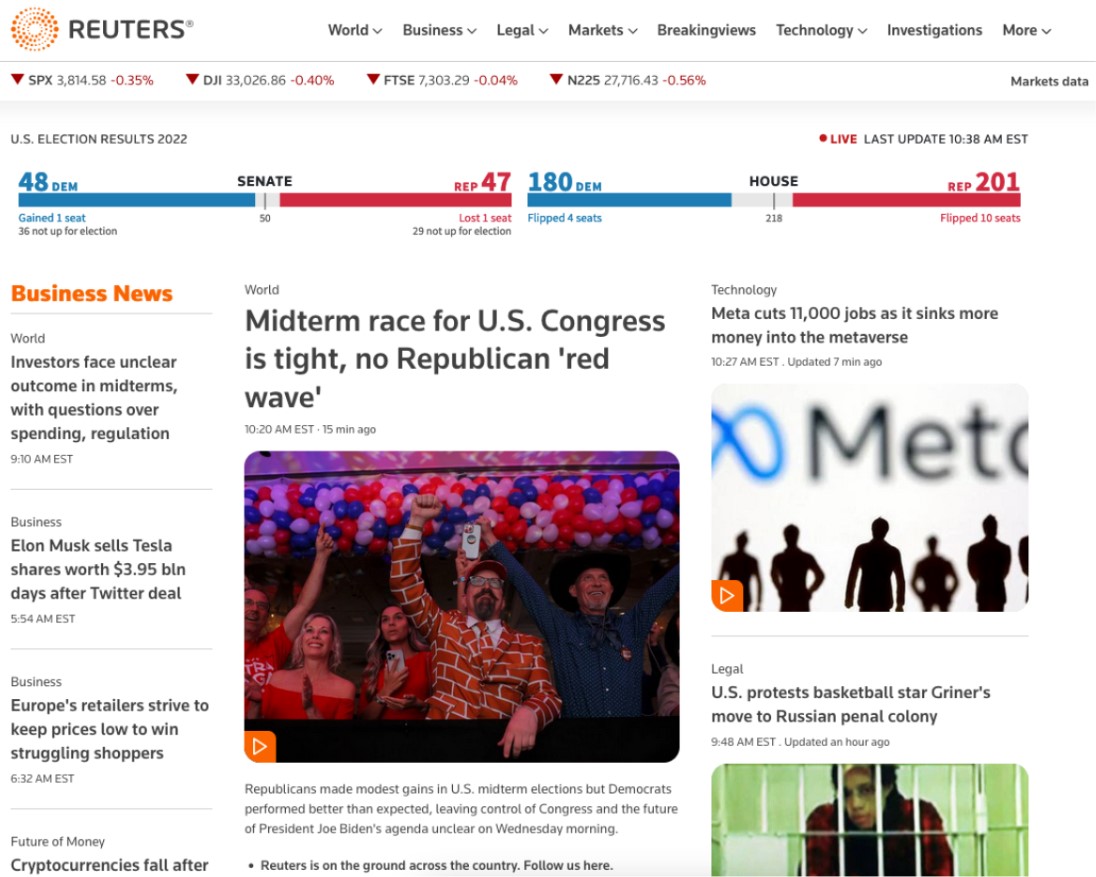 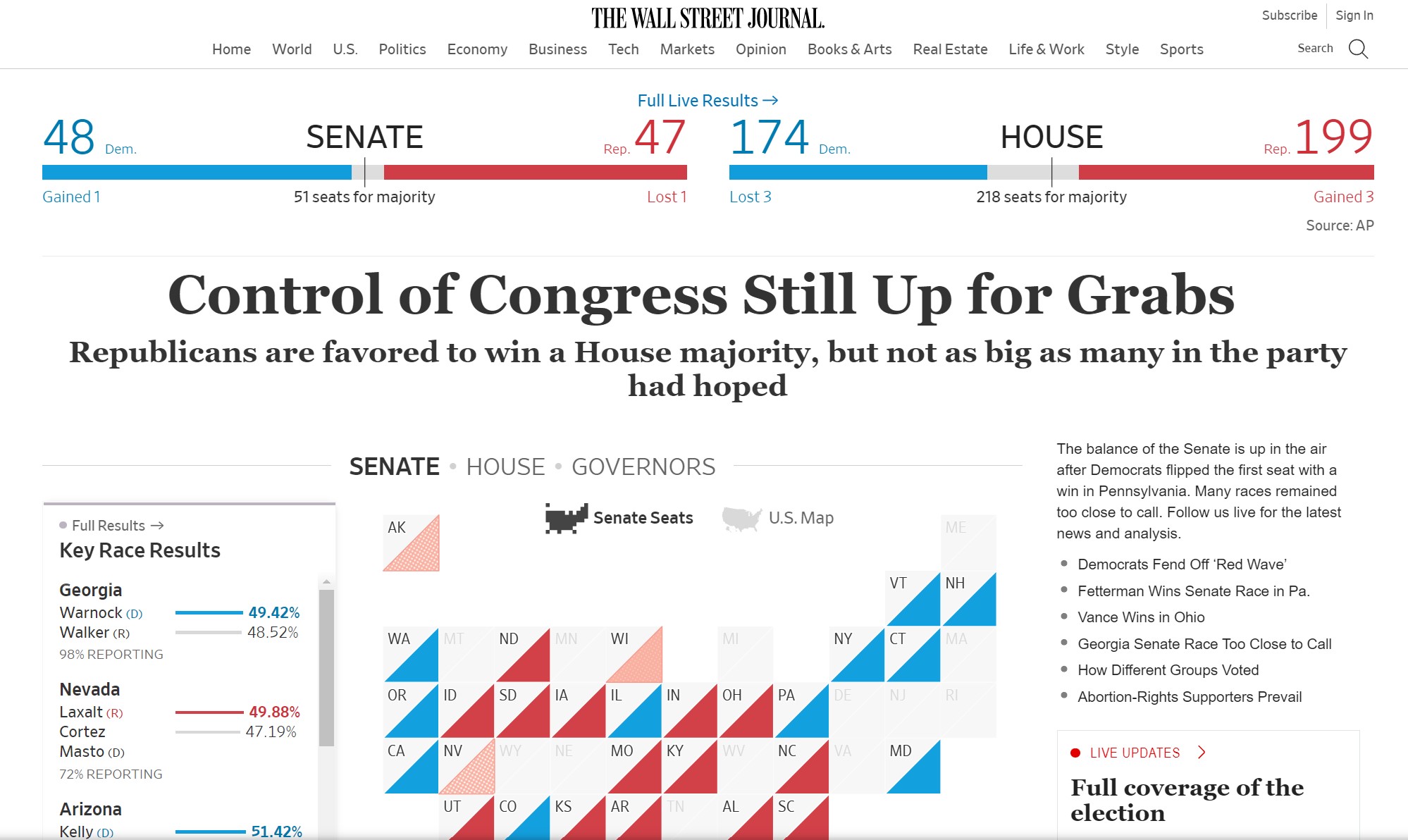 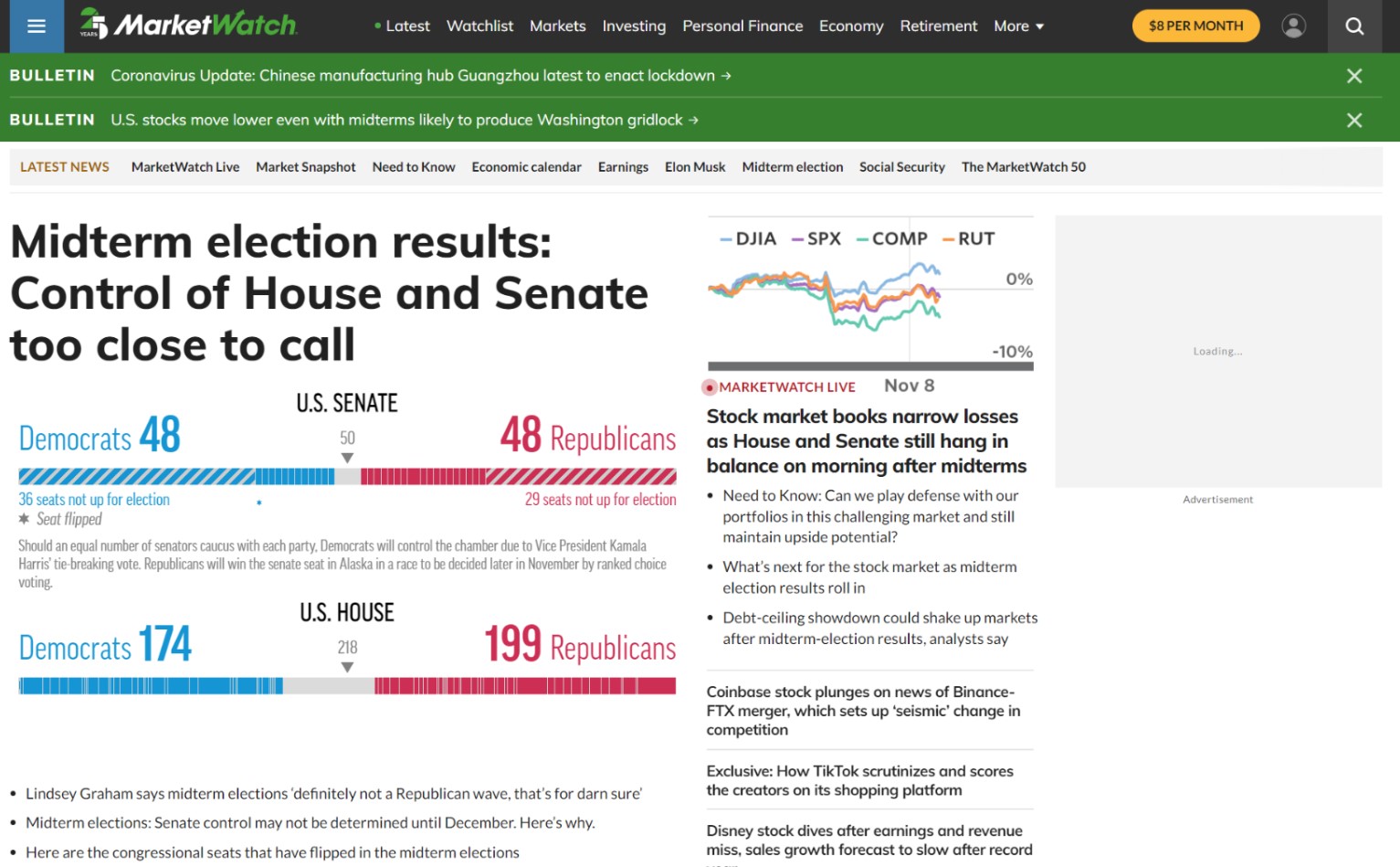 The right-rated outlets we sampled tended to use more descriptive language in top headlines and taglines. While New York Post did not feature a data visualization, Fox News used election maps, and both Fox News and Washington Examiner used horizontal bars for party control. 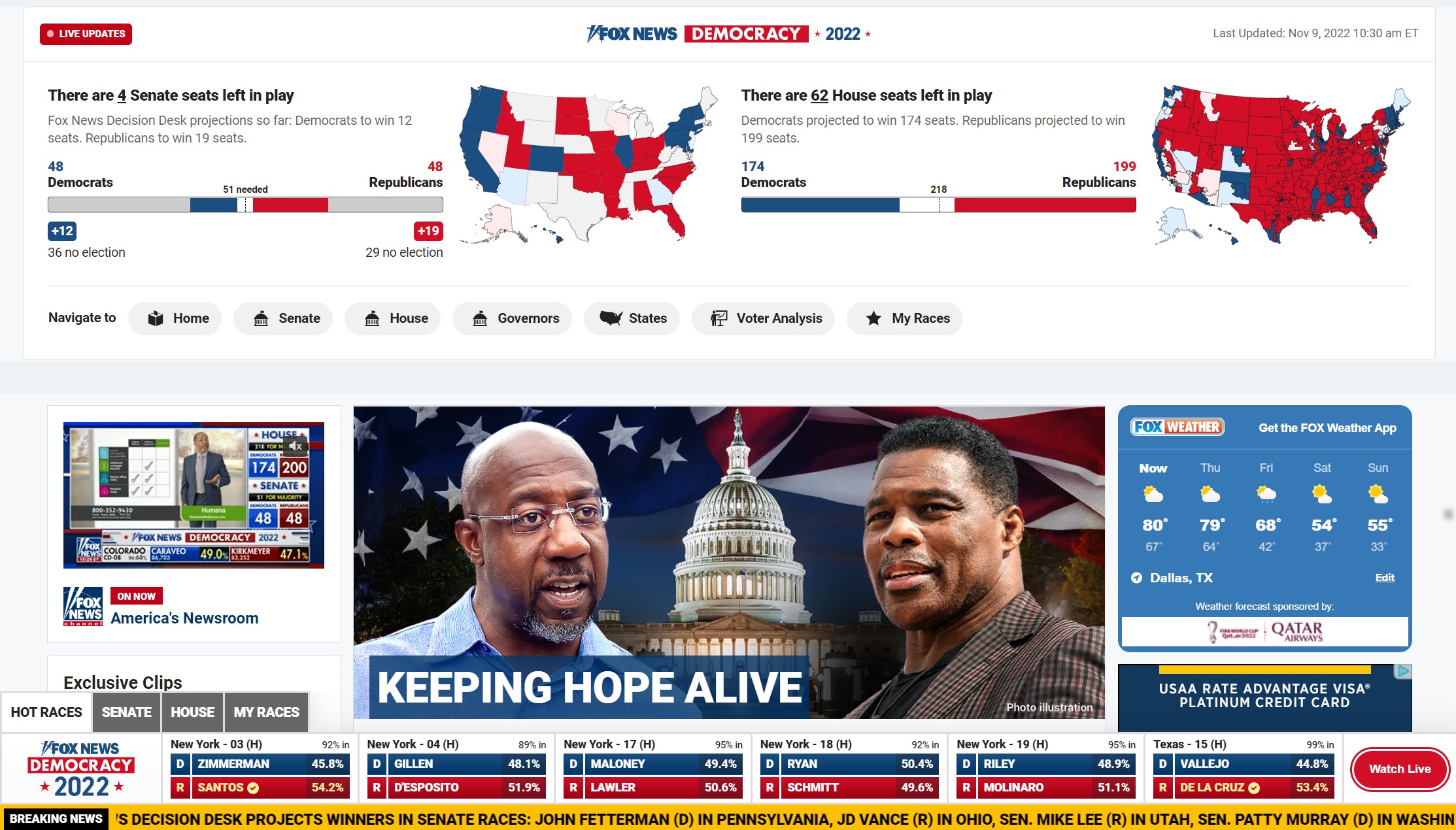 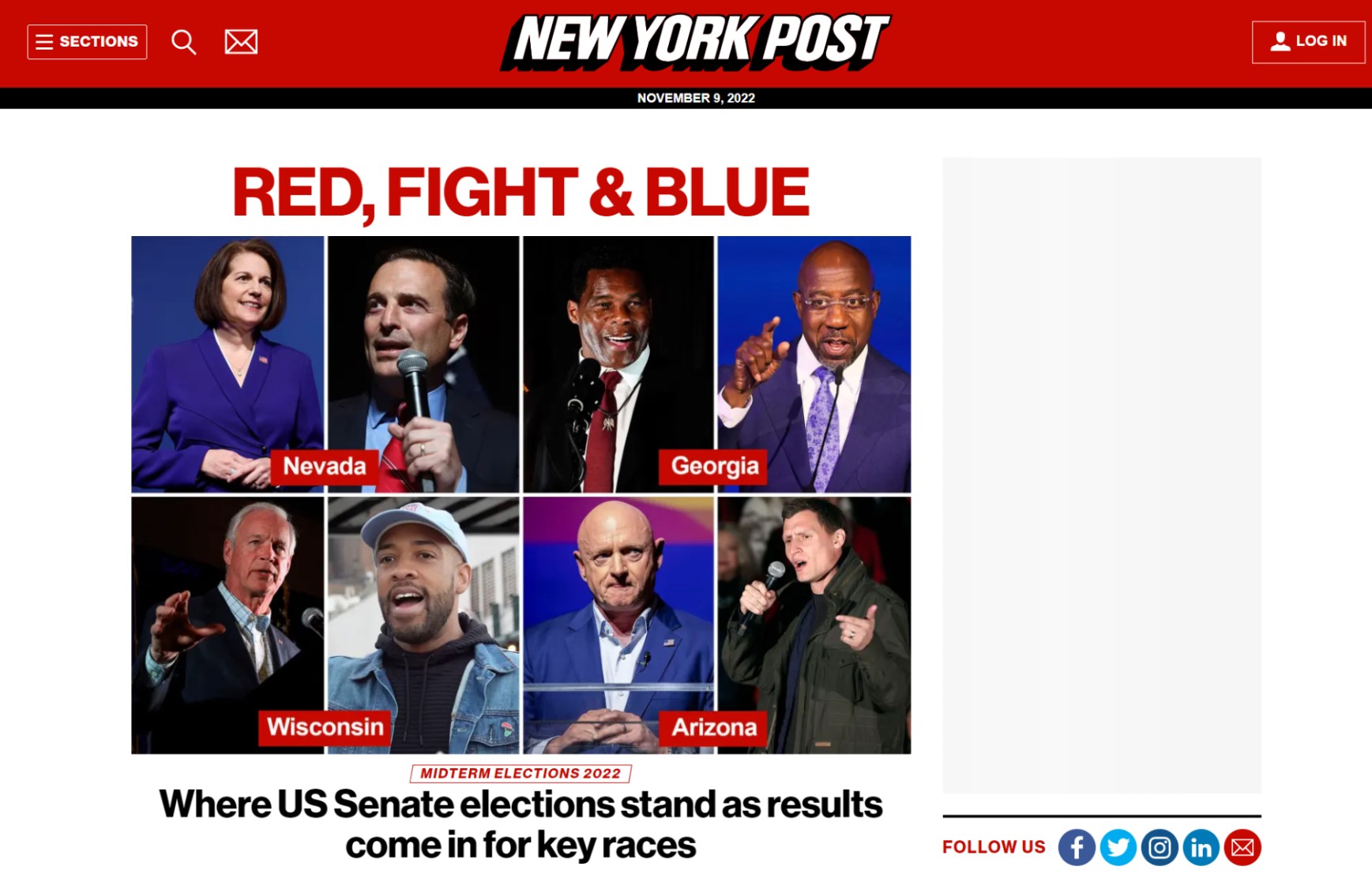 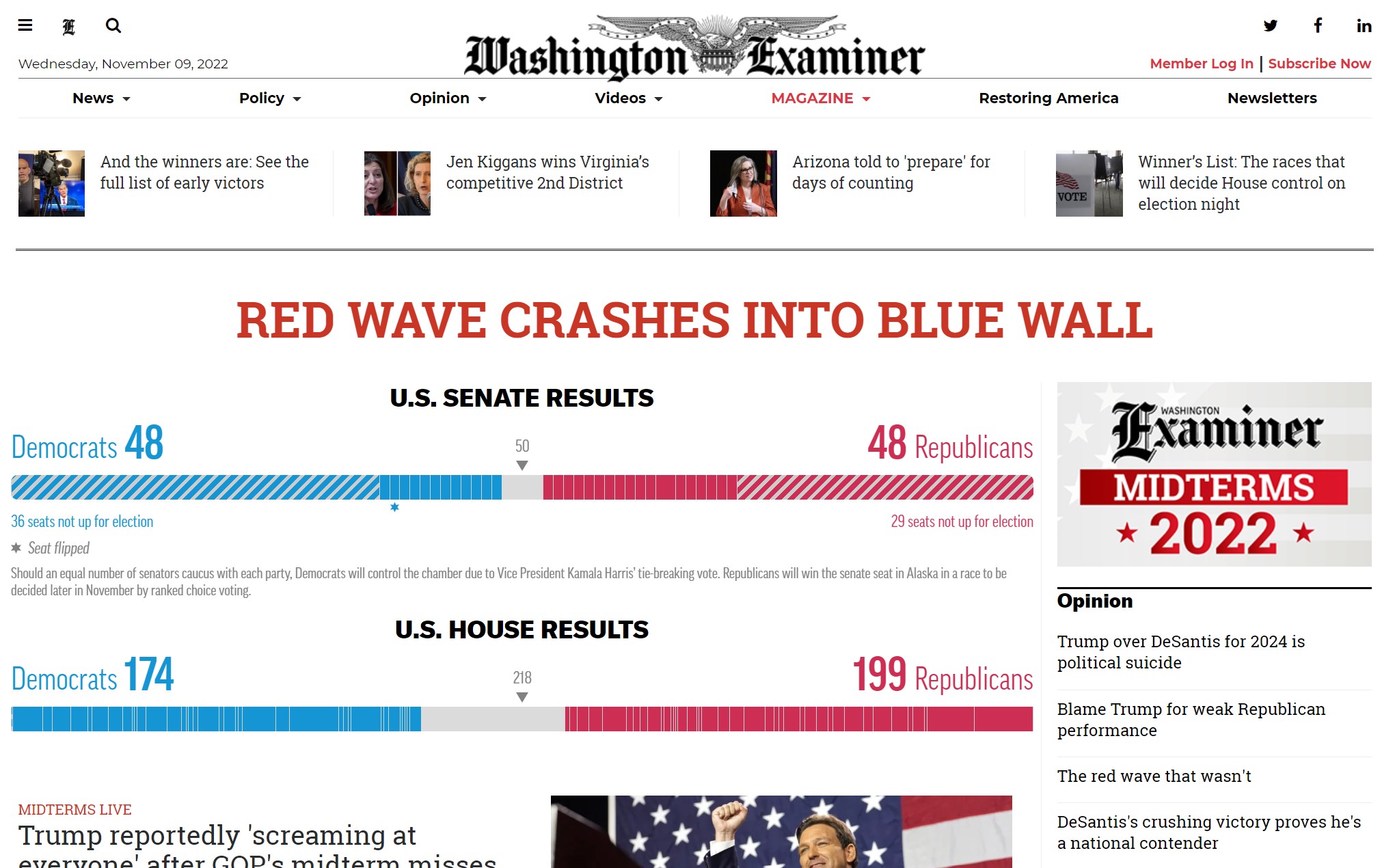 Different sides of the media focus on different things. If you rely on just one, it’s likely that you’ll be left with an incomplete picture of the issues at hand.

Isaiah Anthony is a News Curator at AllSides. He has a Center bias.

This piece was reviewed by Henry A. Brechter, AllSides managing Editor (Center bias).