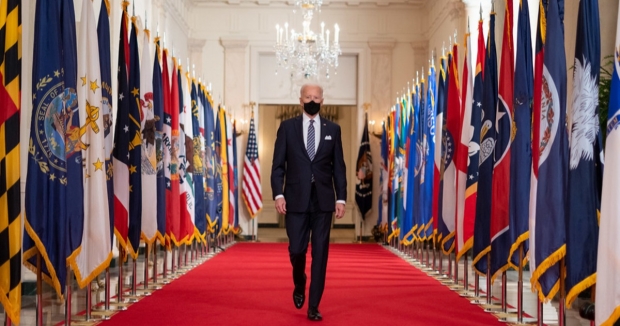 The mainstream media’s haters get a lot wrong. Contrary to their never-ending cries, I’d bet that most journalists don’t hate America, and most of their time isn’t spent on anti-Trump message boards or at Democrat-funded dinner parties.

But if the haters are complaining about the media’s weak fact-checking during the Biden administration, they’ve got a solid case.

When former President Donald Trump left Washington, so did many of the fact checkers. The New York Times (Lean Left) hasn’t published a fact-check since March. The Washington Post (Lean Left) retired its Trump fact-check database in January, and has no plans to start a comparable one for Biden. One hundred days into Biden’s presidency, CNN’s (Left) lead White House fact checker remarked about the quietness “in presidential-fact-check land.”

Meanwhile, Biden has advanced at least one major falsehood with little consequence.

Look no further than his recent meeting with Russian President Vladimir Putin in Geneva — a highly anticipated moment for the 78-year-old’s young presidency — for a textbook example of a false statement gone unchecked.

In a press conference after the June 16 sit-down, Biden was asked about Putin using the January 6 attack on the Capitol to justify crackdowns on political opponents. Biden responded:

“It’s one thing for literally criminals to break through cordon, go into the Capitol, kill a police officer and be held unaccountable, than it is for people objecting, marching on a Capitol and saying you are not allowing me to speak freely, you’re not allowing me to do A, B, C, or D. And so they’re very different criteria.”

The police officer Biden referred to is presumably the late Capitol Police Officer Brian Sicknick.  A medical examiner concluded Sicknick died of two strokes the day after the riot. But prior to that professional conclusion, the false narrative that Sicknick died after being beaten to death by the pro-Trump mob circulated in the press for months.

Multiple prominent media outlets initially gave that narrative life, starting with the Times quoting two anonymous law enforcement sources (which was later amended with a lengthy Editor’s Note). It was this false narrative that Biden was recalling, and relaying to millions of observers in the U.S. and across the world.

So where were the fact-checkers this time?

Not one of the fact checkers mentioned above checked this fib from Biden. It was, however, checked by The Dispatch (Center bias), a digital outlet founded by former National Review (Right) editors Jonah Goldberg and David French. It was also checked in an AP Fact Check (Lean Left bias) article examining the Putin-Biden meeting.

When former President Donald Trump pulled something similar — reviving a since-disproven narrative about a major event — mainstream fact-checkers were all over it. That commitment is no more.

Even after Trump lost his White House podium and his social media accounts, the media has continued to provide him one through the form of fact-checking his continued false election claims.

As I write this first draft on June 23rd at 8:38pm ET, the four stories in the “Biden White House'' section on CNN.com’s fact-checking page all focus on Trump. Predictably missing is any mention of Biden’s regurgitated Sicknick falsehood.

The new president is probably lying less than his predecessor. But he’s also much less vocal. While Trump often acted as his own spokesman through Twitter, Biden is far more reliant on his communications team to get his message out. Yes, this may mean the president is lying less. But the lies he does tell are no less worthy of scrutiny.

Fewer speeches and less public pontificating from the Oval Office should make it easier for the media to spot a lie. Indeed, that’s high on the list of our free press’s intended functions.

A president less engaged and less venomous towards the press is no excuse for laziness. But confirmation bias could also be at play. We know a majority of journalists and major news sources lean to the ideological left. Maybe they’ve just convinced themselves that Biden doesn’t deserve as much fact-checking because they trust him as an ideological ally?

As long as Trump’s around, it appears the fact checkers will hone in on him. He may still be lying, but his voice carries much less than it used to. That misguided media focus leaves the real president with more room to spread falsities of his own.

On this blog, we might seem like we pay more attention to left- and center-rated news outlets than we do right-rated ones. That’s probably true. These sources are greater in number, usually more influential, conduct more original reporting, and typically have more established sets of standards that are better suited for legitimate critique.

In the case of dedicated fact checking, there’s more sources doing it on the left than on the right. So how much can we really critique right-rated fact checkers if they don’t even exist?

We do hope to see more fact checking from right-rated outlets going forward, as this approach to information can make it very easy for audiences to clear up confusion — so long as it’s done evenly. And because fact checking itself can reflect bias, it’s important for people on both the ideological left and the right to be engaged in this practice.

Use our Facts and Fact Checking section to get the Internet’s most complete spread of fact-checking from left, right and center available today.