Facebook Will Ban New Political Ads in Week Before Election

Facebook announced Thursday it will ban new political advertisements starting October 27, a week before the 2020 presidential election. CEO Mark Zuckerberg says the move will combat misinformation. Ads that already exist on Facebook's platform will still be allowed, but publishers will be prevented from altering their content or appearance. Some coverage from right-rated sources framed the decision as inevitable. Voices on both sides of the spectrum, particularly on the left, have questioned whether the effort will have a significant impact. 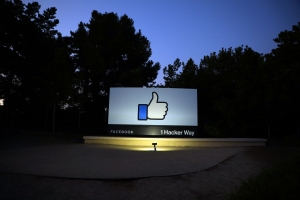 To limit voter misinformation ahead of November’s election, Facebook said this week that it would block new political ads from appearing on its site in the week before Election Day.

It was a sweeping action by the social network, which is used by millions of voters. But just how effective could such a move be in minimizing confusion?

The answer: likely not very effective.

That’s because political ads on Facebook are just one piece of content on the social network; political misinformation also flourishes in messages that people post and...

Facebook Inc (FB.O) said on Thursday it would stop accepting new political ads in the week before the U.S. election day on Nov. 3, in a series of moves the company billed as its final plan for reducing risks of misinformation and election interference.

Facebook, the world’s biggest social network, will continue to allow campaigns and others to run political ads that are already in the system, and will permit them to change spending amounts and user targeting, but will block adjustments to the ads’ content or design. 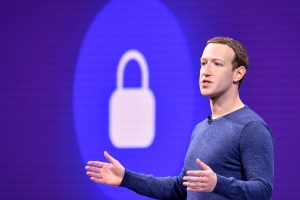 Facebook Inc.’s first action to limit political advertising in the U.S. with a ban of news ads in the week preceding the Nov. 3 elections announced Thursday comes amid unrelenting criticism that its platform fuels misinformation and is a haven for far-right groups.

Chief Executive Mark Zuckerberg, who in particular has taken heat for political manipulation of the social-media company’s platform during the 2016 U.S. elections, made the announcement early Thursday in another attempt to tamp down meddling.

“It’s important that campaigns can run ‘get out the vote campaigns’, and...

Opinion
Who Has the Courage to Take on Trump and Biden?
Politico