US Eases Sanctions on Venezuela, Allows Chevron to Expand Operations

The United States Department of Treasury is easing sanctions on Venezuela and authorizing a limited license to Chevron to expand energy production operations in the country.

For Context: Venezuela has large reserves of heavy crude oil. The nation is undergoing a humanitarian crisis that has resulted in a quarter of the population immigrating elsewhere, according to the New York Times report. The Biden Administration recently announced a revision to immigration policy for Venezuelan migrants.

The Trump Administration imposed sanctions on Venezuela during a period of political instability in the country. The Trump Administration, along with dozens of other countries, backed Venezuelan opposition leader Juan Guaidó as the legitimate leader. U.S. officials have denied that the easing of sanctions is a response to rising energy costs, instead stating that increased economic cooperation with Venezuela is being done to restore democracy in the South America nation.

Key Quote: A statement from the Department of Treasury said the “action reflects longstanding U.S. policy to provide targeted sanctions relief based on concrete steps that alleviate the suffering of the Venezuelan people and support the restoration of democracy.”

How the Media Covered It: The New York Times called Venezuela President Nicolás Maduro an “authoritarian,” touting “socialist ideals” that “desperately needs to improve the economy.” The Daily Caller called Venezuela a “communist country” and only quoted a critic of the announcement. Newsweek made no mention of the country’s economic ideology. 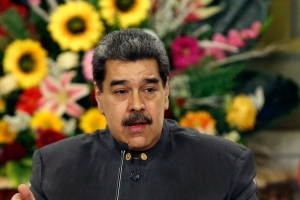 The Treasury Department on Saturday issued Chevron a new license that would allow the massive oil company to pump oil in Venezuela, easing sanctions on the communist country as the price of gas remains elevated.

The license, issued by the Office of Foreign Assets Control (OFAC), will allow the company to produce oil in Venezuela by taking part in joint ventures with the state-owned oil company Petróleos de Venezuela, according to a Treasury Department press release. The department issued the license after Venezuelan President Nicolás Maduro and the Unitary Platform,... 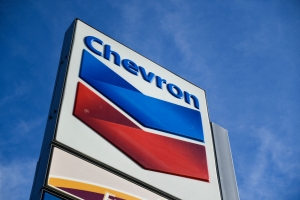 The United States eased its oil sanctions on Venezuela on Saturday as it authorized Chevron to resume pumping crude oil in the Latin American country and export it to the U.S.

This decision allows Chevron, the second-largest U.S. oil company, to continue working on existing projects in Venezuela through a license, which could be canceled by the U.S. at any time, that lasts six months and will be automatically renewed afterwards on a monthly basis, Reuters reported.

The move came after the Venezuelan government and the Unitary Platform, a Venezuelan... 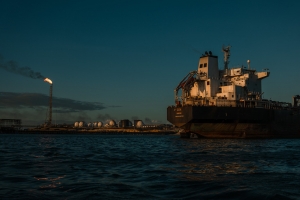 The U.S. Treasury on Saturday granted Chevron a license for a limited expansion of energy operations in Venezuela, signaling the possible beginning of the country’s re-entry into the international oil market. Foreign investment in the oil sector is something that Venezuela’s authoritarian president, Nicolás Maduro, desperately needs to improve the economy.

The license was issued in response to the resumption of talks between representatives of Mr. Maduro’s government and the Venezuelan opposition in Mexico on Saturday, after a stalemate that stretched more than a year. The two sides agreed that...

Clean energy is taking over the Texas grid. State officials are trying to stop it.
Vox