Immigration, Border Crisis, Disaster
Save for Later
From The Right 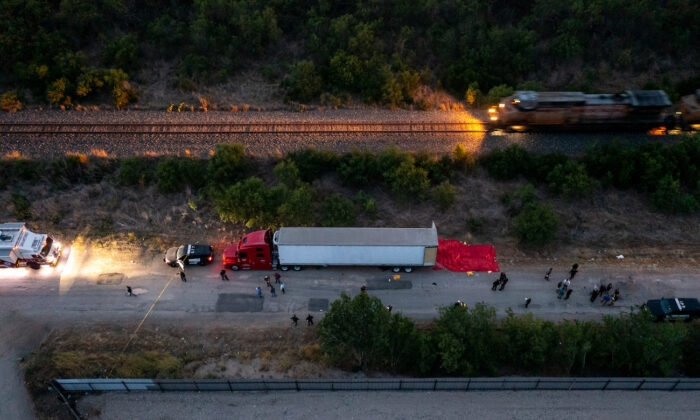 At least 46 people were found dead in an 18-wheeler truck carrying suspected illegal immigrants on a remote back road in southwest San Antonio, according to officials.

William McManus, the city’s police chief, said that a city worker was alerted to the situation by a cry for help shortly before 6 p.m. on Monday.

Officers arrived at the site of the tractor-trailer rig near the intersection of Cassin Drive and Quintana Road and found a body on the ground outside the vehicle, which had a door that was partially opened.

Read full story
Some content from this outlet may be limited or behind a paywall.
Immigration, Border Crisis, Disaster