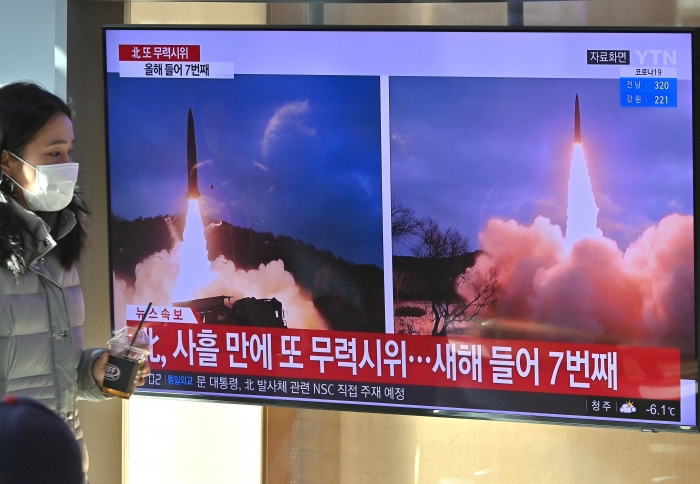 North Korea ramped up its flurry of weapons tests on Sunday, firing the most powerful missile it has tested since 2017, when dictator Kim Jung Un unveiled a projectile that he claimed could reach the continental US.

The country’s seventh launch of the month traveled 1,242 miles into the air and landed in the sea 497 miles away, according to Japan and South Korea. The missile’s lofted trajectory was an apparent effort to avoid the airspace of its neighbors. No injuries or damage were reported.