Donald Trump, January 6 committee, Capitol Chaos
Save for Later
From The Left 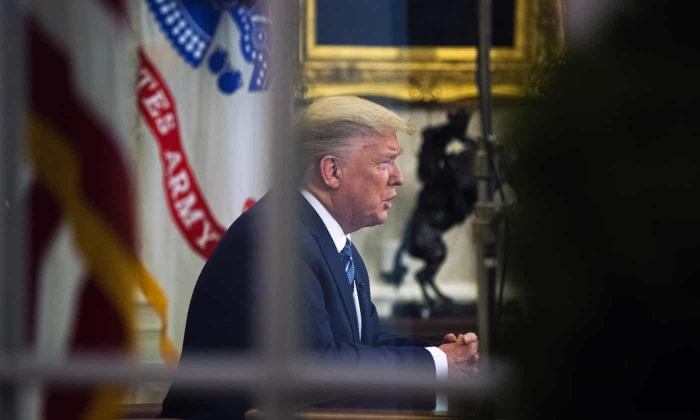 Donald Trump, the former US president, has been scrambling this week to make a last-ditch legal bid to block the release on Friday of sensitive White House records related to the deadly 6 January insurrection at the US Capitol.

The National Archives, a federal agency that holds presidential files, is poised to give congressional investigators hundreds of pages and other material, such as video clips, that Trump wants to keep secret.

The ex-president’s lawyers this week tried and failed to persuade district judge Tanya Chutkan to put on hold her ruling that allows a House of Representatives committee investigating the attack to access phone records, visitor logs and other documents.

Now, with time running out, Trump’s hopes are pinned on the influential US court of appeals for the District of Columbia in Washington. His legal team have asked it to overturn Chutkan’s ruling and stop the National Archives handing over the first documents on Friday.