Biden says activists went too far in confronting Sinema and Manchin, 'but it happens to everybody'

US Senate, Kyrsten Sinema, Politics
Save for Later
From The Left 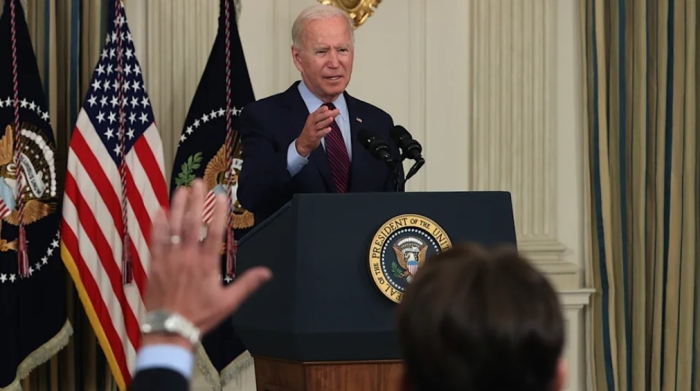 President Biden said on Monday that activists who have confronted Sen. Joe Manchin, D-W.Va., and Kyrsten Sinema, D-Ariz., in recent days went too far, even as he described such confrontations as a common facet of life in politics.

“I don’t think they’re appropriate tactics, but it happens to everybody,” Biden said in a question-and-answer session with reporters following a speech he gave about the debt ceiling.