Apple Has a Growing Homeless Encampment on Its Property

Housing and Homelessness, Apple, California, Inequality
Save for Later
From The Left 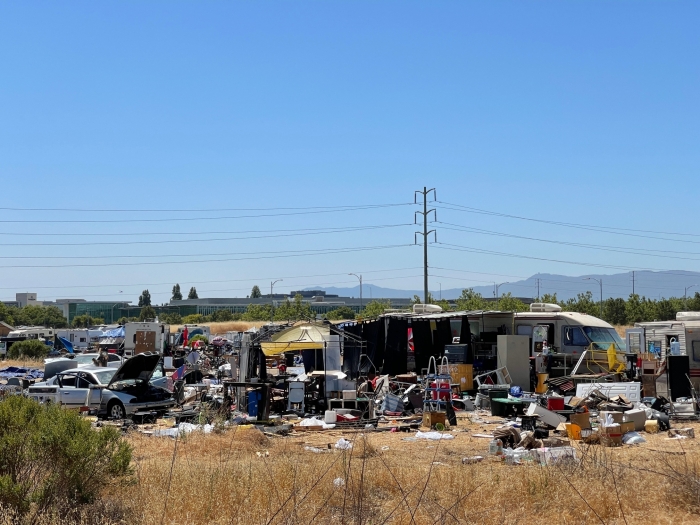 Apple has committed billions of dollars to fixing California’s housing crisis. But clusters of homeless people living in dilapidated RVs, shacks, and tents have taken over dozens of acres of undeveloped land owned by the company in the center of Silicon Valley. There’s even dumpsters and porta-potties.

Anywhere from 30 to 100 homeless people have coalesced on the property owned by the iPhone-maker in North San Jose, according to local sources and residents. The area covers about 55 acres, KPIX, a local CBS affiliate, reported. Some current residents of the site, which has grown in population over the past several months, say they can be left alone there, despite its proximity to PayPal’s corporate headquarters and other office buildings.

Before the pandemic, approximately 6,000 homeless people lived in San Jose, with fewer than 1,000 available beds to shelter them. And while homeless people living outdoors and in vehicles across the Bay Area are typically used to being shuffled from place to place or driven out by disgruntled residents, that isn’t the case yet at the Apple property, according to Renee Corona, who has lived in an RV there for nearly two years.