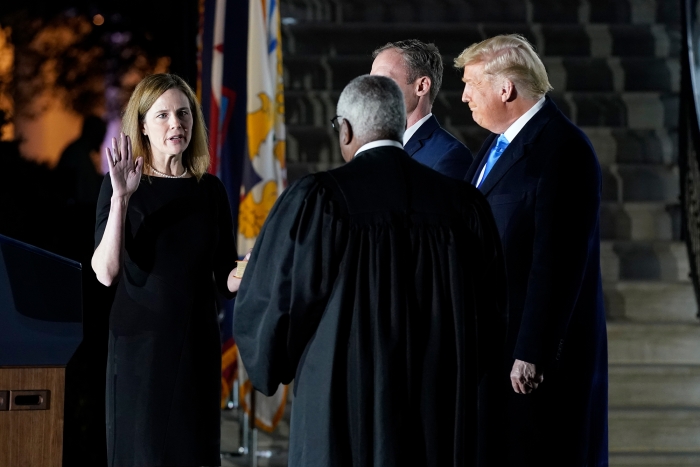 CNN and MSNBC did not air Monday night’s Senate confirmation vote for Amy Coney Barrett, a historic moment making her only the fifth woman to sit on the Supreme Court.

The two cable channels did not cover the 52-48 vote in the Senate, but CNN aired the swearing-in ceremony later at the White House by Justice Clarence Thomas, Fox News reported.

Some coverage in mainstream print media and on cable networks of President Joe Biden’s plan to withdraw from Afghanistan in August painted the plan as ill-...

The Cuomo brothers: Report places a new spotlight on a unique relationship
ANALYSIS

There's no relationship quite like it in politics or media: A pair of brothers, one governing the fourth biggest state in the country, the other hosting one of...

Why Is Big Tech Policing Speech? Because the Government Isn’t
ANALYSIS

ORIGINALLY PUBLISHED JANUARY 2021: In the months leading up to the November election, the social media platform Parler attracted millions of new users by...

LATE THURSDAY, the Washington Post landed what looked like a big scoop: the paper obtained an unpublished slide presentation from inside...

Over the course of the past week, a number of prominent Republican lawmakers and conservative media figures have made strong statements in support of getting...

Does the Constitution require Americans to accept Big Tech censorship? The claim is counterintuitive but the logic is clear: If you submit a letter to this...

Assume, for the moment, that at the height of “Cuomosexuals” in 2020, members of the national news media did not know that Andrew Cuomo habitually and...