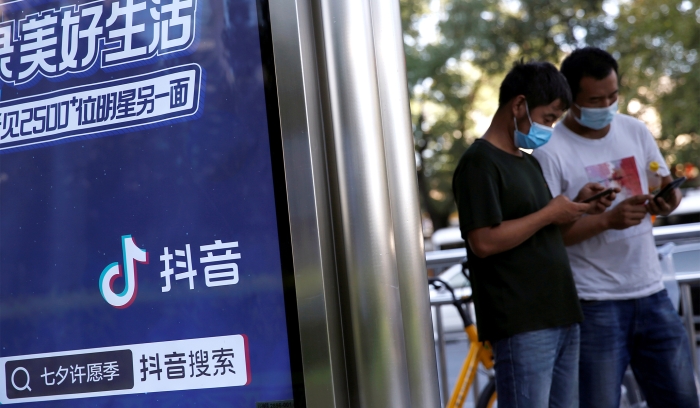 A federal judge blocked the Trump administration’s order prohibiting TikTok downloads in the U.S. on Sunday, less than four hours before the ban was set to begin.

The ruling from the U.S. District Court in Washington D.C. will allow TikTok’s owner, Chinese technology firm ByteDance, extra time to receive approval from the U.S. and Chinese governments for a deal with Oracle and Walmart, though a November 12 complete ban of the app still looms if a deal cannot be approved.

Republican wrath at the tech companies that muzzled President Donald Trump and his followers is hastening a big change in GOP ideology — rising support for...

Parler resurfaces on Sunday with an update message, but nothing else

Social media platform Parler was all but wiped off the internet last week, but on Sunday, showed some signs of life. A message from Parler CEO John Matze,...

Sponsors of the Pre-Attack Rally Have Taken Down Their Websites. Don’t Forget Who They Were.
ANALYSIS

On January 6, thousands of pro-Trump protesters gathered at a rally near the White House to rail against a fantasy: that the election was stolen from their...

Rep. Alexandria Ocasio-Cortez (D-N.Y.) on Friday condemned Facebook as well as co-founder and CEO Mark Zuckerberg for misinformation posted on the platform,...

Should Trump be allowed back on social media after he leaves office? Half of Americans say yes
DATA

Less than a week after President Donald Trump was banned from major social media platforms for continuing to spread misinformation credited with inciting...

There are reportedly two big reasons President Trump hasn't joined the social media sites where his far-right supporters tend to gather. After a violent...

How To Respond to the Great Deplatforming of 2021
OPINION

Can right-wing populist sentiment be banished from American life by the brute force of social-media censorship? We’re about to find out. After Wednesday’s mob...