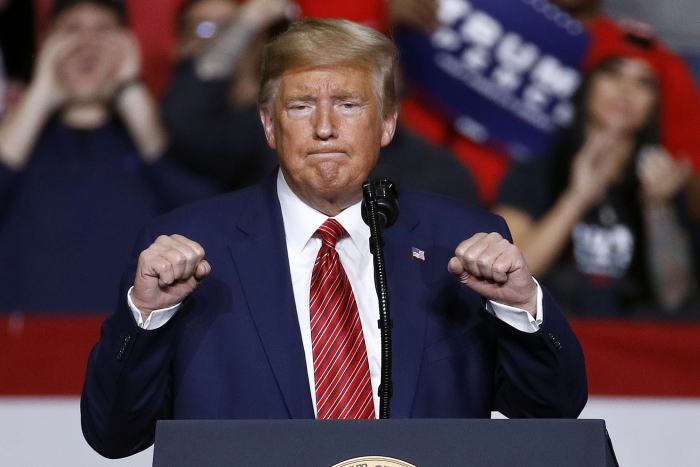 President Trump is urging Republicans to vote in South Carolina’s Democratic primary on Saturday for the weakest candidate — determining that is Vermont Sen. Bernie Sanders.

Trump, hosting a rally in South Carolina on Friday night, asked his crowd to help him pick the recipient of GOP votes in the “open” primary.

“I assume this is okay from a campaign finance standpoint,” Trump joked before carrying out his “poll” on the eve of the primary election.

News and Information about Politics
Go ad-free! Support AllSides.
About these ads
https://nypost.com/2020/02/28/trump-urges-south-carolina-republicans-to-vote-for-bernie-sanders/