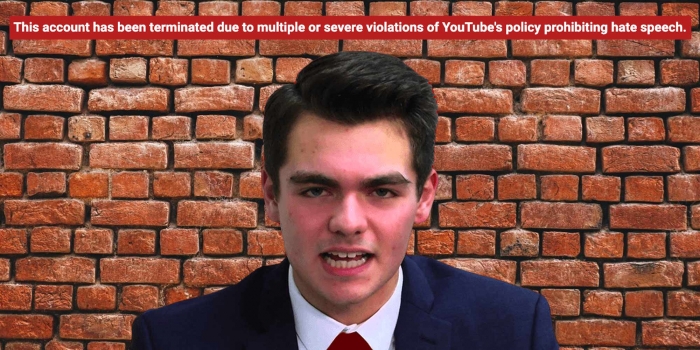 A notice on the channel, which was known as “America First with Nicholas J Fuentes,” states that the termination is related to violations of the platform’s hate speech rules.

“This account has been terminated due to multiple or severe violations of YouTube’s policy prohibiting hate speech,” the notice reads.

The removal comes just over one month after Google opted to demonetize the channel and end the far-right figure’s ability to earn revenue from advertisements.